Hey, at least we went to the cinema this year! A grand total of three times! Though one of those was a media screening (X), and another (Everything Everywhere All at Once) was such a repellent experience thanks to the assholes next to us, it almost ended the theatrical experience for good. However, Christmas Day, at the suggestion of our son, we had a family outing for Violent Night, and that proved… relatively painless. Maybe we’ll go back in 2023. No promises. Though John Wick 4 is about the only thing on the schedule that looks like a cinematic must see. I think we’ll be fine watching Cocaine Bear at home, don’t you?

As for 2022, according to Letterboxd, I logged 365 films for the year, almost exactly matching the 366 figure from the same source in 2021. It’s probably roughly accurate. I log them based on when the reviews go up, so reviews from this month will be up there as 2023, even if I watched them in 2022. On the other hand, the January 2022 entries were largely watched in 2021, so it probably balances out, more or less. Certainly, I’ve tried to ensure any credible candidates for this list had their reviews posted in 2022. I was still watching possible contenders as late as December 30th, which could have necessitated some late shuffling round of reviews.

Again, FearCon submissions were responsible for a bumper crop, with 30 features coming through there. Not all of these were reviewed here, though looking at the list of the ones which were missed, you should probably thank me. But this was also the year of Tubi, where the free streaming service really came into its own. I don’t even mind the occasionally interspersed adverts, since they give you a convenient chance to fiddle with your phone – sadly, an eternal and inevitable element of everyday life. I still refuse to watch anything on my phone: the lowest I’ll go will be my tablet, and that’s only if I’m on an airplane.

Speaking of which, last year’s piece expressed a hope to get back to travelling again in 2022. That did indeed happen, albeit not entirely for the best of reasons, as I flew back to Scotland for my mother’s funeral. She was at least partly responsible for my love of cinema: certainly much more so than my father, who can’t watch a film without falling asleep! But there was also a more up-beat trip to Scotland later in the year, and visits to Denver, Los Angeles and Myrtle Beach. Though the last conclusively proved that the worst thing about travelling is the actual travel. I shall say no more.

Honorable mentions, in no particular order: Mutant Python, Fang, Slasher, Shark Bait and Top Gun: Maverick. On another day, any of these might have snuck in at the back of the list, because these rankings are based on how I regard the films at the time of writing, which may be different from what I felt at the time. Usual loose criteria for inclusion here apply: even if the review is tagged as “2021”, if the film was released or in some other way reached my consciousness somewhere around this year, that’s probably close enough for qualification. Links below go to the full review, either here or over on GirlsWithGuns.org, as appropriate. 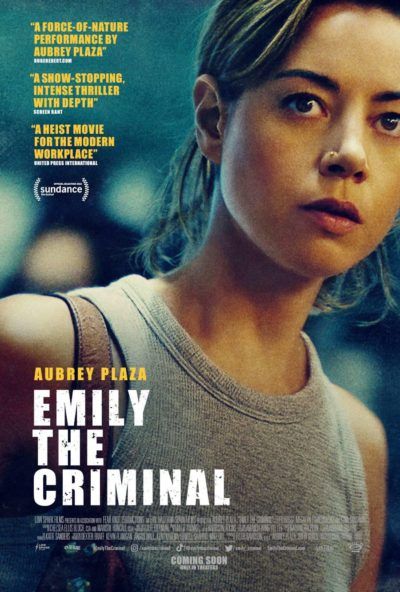 In a year of strong performances by actresses, Aubrey Plaza’s here might be the best of the bunch. While her April Ludgate character from Parks and Recreation will live forever in our minds, this is likely a better performance, She manages to take a character, who by many measures, should be thoroughly unlikable, and make her sympathetic and borderline heroic. Sure, she does bad things, yet there’s a code present, and those who break it, do so at their peril. What we said: “While the morality here may be questionable, Plaza’s performance still makes it more than worthwhile.”

Possibly the biggest surprise of the year, because I was not particularly impressed with its predecessor, X, to which this is a prequel. It felt like a thin story in search of an identity, while Pearl is a much more complete work. It knows it has a central character worth exploring, and brings the audience along for the ride, instead of feeling like it’s in a holding pattern. waiting for the mayhem to start. Even as we knew where this was going to end up, it remained an engrossing journey. What we said: “Goth’s performance elevates this to several cuts above the usual. ”

Prediction: 2023 will be the year that the world at large finally starts to give Scott Adkins his proper due, beginning with his supporting role in John Wick 4. If so, it has been a long time coming, and this is just another example of his talents. A sequel which I felt was better than the original, the action scenes were top tier, to the extent that everything else felt a bit undercooked by comparison. What we said: “Could easily become my go-to example of choice, to give to people as an illustration of why Adkins is arguably the most under-rated action star in the world.”

A film will always get bonus points for an ability to surprise, and this one should be filed alongside the likes of From Dusk Till Dawn, as one which takes an abrupt left turn in the middle. The first half concerns an artist who may or may not be going mad (below) after returning to her family home. The second half… doesn’t. A Spanish giallo, albeit with rather better plotting than usual for that genre.  What we said: “If you hold on for the entire ride – and please keep your arms inside the vehicle at all times – then you should find the eventual payoff to be quite satisfactory.” 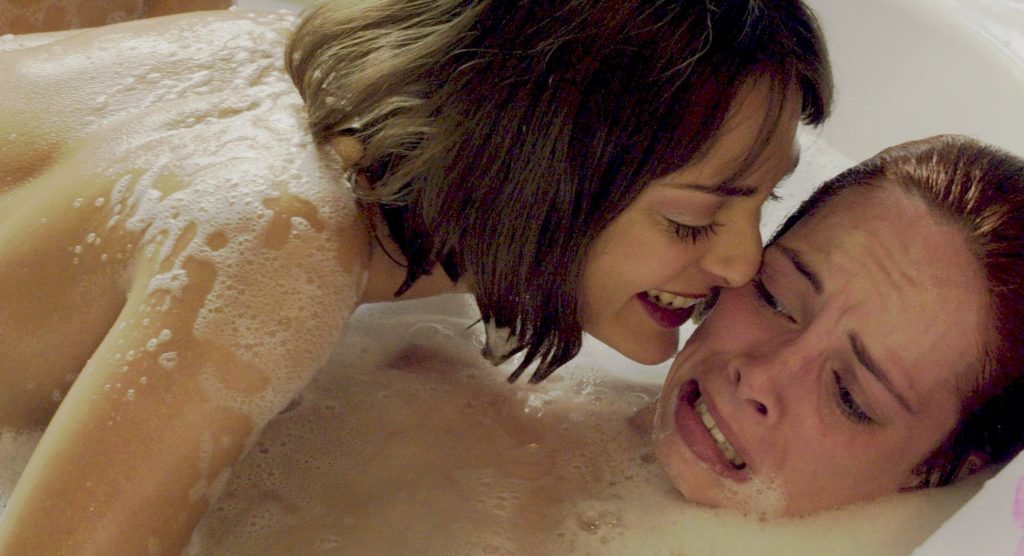 This was watched on a tablet while coming back from Scotland, and its ranking here is testament to how impressed I was, since I usually refuse to look at anything on a screen smaller than about 37″. Cops in the Philippines usually get a bad press, and after this film, you may understand why. Yet there’s something absolutely laudable about the central character, who is the straightest of straight shoooters: and I mean that both morally, and from a firearms perspective. What we said: “The heroine here, Mariano, has to count as the baddest bitch I’ve seen in quite a long time.”

This one might rank higher on a review. It got a better grade than some higher listed movies at the time, yet I refer you to my previous comment about this list being how I feel now. While it’s still a strong like, I had to re-read the review to remind myself of precisely why. Which would be its combination of a very twisted concept, with a strong central performance, resulting in what eventually becomes an express elevator to hell. What we said: “By the time they start acting like South American tribesmen, it’s too late to back out. You can only watch, as things get ugly, messy and gnarly. ” 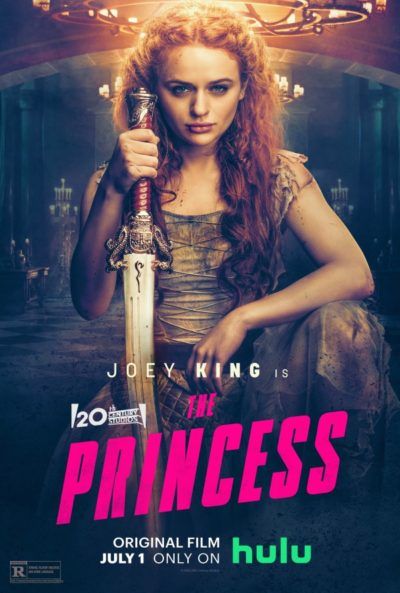 We saw a couple of more than credible Die Hard knockoffs this year, including the Indian hospital one, Sanak. However, this was the best, being Die Hard in a medieval castle. With additional girl power. Fortunately, it never makes the mistake of taking itself seriously, and sports probably the most imaginative action sequences of any Western film seen this year. This came as a great surprise, and this likely surpassed expectations more than any other movie in 2022. What we said: “It’s the kind of film which will stand or fall on its action sequences, and the good news is, these are the movie’s strongest suit.”

If one of the roles of cinema is to show you things outside of your everyday experience, this is a non-stop blizzard of such elements. It has all the elements of Indian cinema, with their intensity turned up to 11: length, musical numbers and action sequences Marvel would reject as excessive and implausible. This is not a movie you so much watch, as hold on desperately for the ride, and even by the country’s standards is like a fever-dream of insanity. What we said: “I’ve never seen anything like it, and I mean this in ways both jaw-droppingly good, and what the hell did I just witness?”

Emotions are one thing, but it’s rare for a film to produce a genuine, physical reaction in me. This did so with its story of a disastrous climb of a 2,000 foot tall abandoned radio mast. which provoked sweaty palms and feelings bordering on dizziness, even though I went in, possessing no particular aversion to heights. I left feeling rather differently, and will be exercising caution, any time so much as a light-bulb needs changed. What we said: “If you are the slightest bit sensitive about heights, this film will find out, force its way into those cracks, and use them as leverage, to an almost queasy extent.”

If we never see another zombie film – though I suspect we might – this (top) would be the one to put an emphatic exclamation point on the genre. As in the ones after “Fuck me! Rewind that!” Desensitization is a real issue after, literally, hundred of similar entries. Yet this proved capable of getting past the wall of cinematic apathy about the living dead, hungry for flesh and making an impact. What we said: “The Sadness is cruel, vicious and brutal gore, more in line with Cannibal Ferox in terms of mean-spirited savagery… I’ll be quite surprised if there’s a horror movie this year which makes more of an impression.”