This makes for rather intense and uncomfortable viewing. The nearest point of comparison might be Buddy Giovinazzo’s Combat Shock. Rather than a GI pushed over the edge into insanity by his PTSD, it’s the grind of everyday life, plus some preexisting mental issues, which drive Billy Cochran (LaRay) into insanity. Some of this is just everyday static: a crappy job with a boss (White) who takes advantage of him, and co-workers with whom he has nothing in common. But the main problem is mother Gina (Lowry) who is in the late stages of Parkinson’s, and requires constant help which Billy is incapable of providing. Even the help of part-time caregiver Myra (Paul) can’t stop things from snowballing out of control.

It all hits uncomfortably close to home. My mother had a stroke a few years ago, and watching her mental faculties decline until her death in February was tough, even from a distance. My mother-in-law is also suffering from Alzheimer’s, and the mercurial moods of Gina, swinging from affection to anger, is something I cannot begin to fathom having to handle on a 24×7 basis. Billy’s implosion is entirely understandable, and almost inevitable. There is a bit of a weird subplot, where he is bitten by a rogue rodent, and imagines he starts to grow furry patches. I guess it’s a manifestation of his blossoming psycho state of mind. Though I did wonder if he was going to turn full were-rat on us. 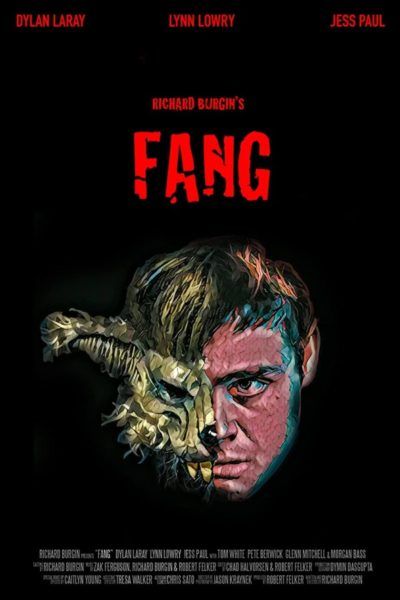 Actually, based purely on the title – I knew nothing else going in – part of me was expecting a vampire movie. In the early going, there is a distinct sense of urban blight and desolation, along similar lines to Martin. As things develop though, it becomes internalized, and little micro-aggresions like his pay check not being accepted by an ATM, begin to loom ever larger. Bad decisions, like accepting Myra’s offer of Oxycontin, only compound the situation, and the signs seem to indicate the increasing inevitability of things ending badly. Billy’s decision to stage a poorly-executed burglary of his boss’s house proves to be the tipping point, and all the foreshadowing comes to pass, in a bloody, yet somehow quite poignant climax.

The film drops a lot of weight on LaRay’s shoulders, since he is in almost every scene. Most of the time, he does a decent job; there are a few moments, however, where he does appear to be too obviously “acting”, rather than being his character. The best moments are the ones shared with Lowry, whose experience means she can help carry the load, especially a frankly disturbing sequence where Gina recounts an anecdote from her beauty pageant youth. I was left with a profound respect who do have to shoulder a burden like Billy’s, suppressing their own lives so they can care for another. That is not a sentence I expected to be writing on the way into this, to put it mildly.