In case the above feels like an overreaction, let me provide specific details. I just watched a young man (Padilla) force his own mother to sodomize her husband, with a strap-on wrapped in barbed-wire. This includes a shot from the dildo’s POV. He then castrates his father and cuts Mom’s breasts off, rearranging them on corpses for an impromptu sex change. His sister enters, apparently aroused by the slaughter she witnessed from the shadows. He’s unable to get an erection, so he slits her throat instead. But, wait! There’s more!

You certainly cannot say this film does not live up to its title. I guess if the point of cinema is to let you experience things outside your normal life… this can only be considered a great success. On the other hand: no. Just, no. There are things I’m fine with not seeing, and that’s from an informed perspective, of having seen things. This Mexican film gets under way with a road accident, leading to the arrest of Gordo (Rivera) and Goyo (Ortega). Investigating detective Juarez (Valencia) finds a camcorder in their car, the tape therein documenting the brutal murder of a trans prostitute. Inquiry reveals this is just the tip of a very sordid and unpleasant series of killings. 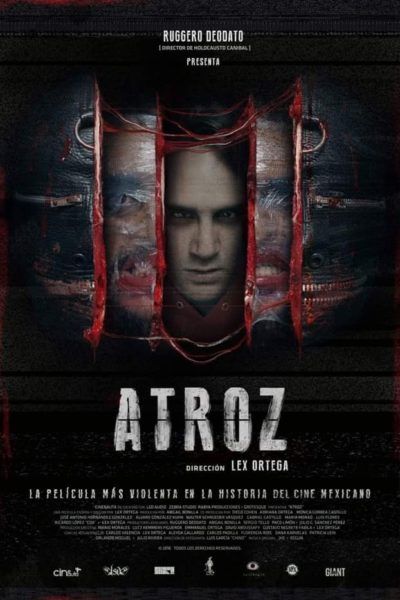 This opens with a statement that 98% of the murders in Mexico are unsolved, a claim which seems accurate [though the location here, Mexico City, does better than some places]. Before we even get to our psychos, Ortega is painting a very cynical picture of his country as a failed nation, where human life is worthless. Det. Juarez is hardly any less savage in his interrogation technique, than Gordo and Goyo are to their victims. Their behaviour is hardly explained, never mind excused, though the final video does depict Goyo’s teenage years, where his father’s intolerance eventually causes the son to snap, as described at the top.

I can’t deny the technical merit here, in terms of Ortega creating a reasonably convincing facsimile of “snuff videos”. My stomach did execute some queasy flip-flopping at moments. The only complaint is the usual one in found footage, of the camera recording events when it’s implausible for this to have happened. Otherwise, it’s almost like a feature length version of the home-video footage from Henry: Portrait of a Serial Killer. The problem is, the atrocities here exist in a cinematic vacuum, as far as context goes. Once you get past the parallels between the killers’ violence and the police brutality, it doesn’t have much to say, except that abuse begets abuse. I think I kinda knew that, and seeing a prostitute get stabbed multiple times in the vagina with a pair of scissors does little to reinforce this particular lesson.

The final few minutes attempt to throw in some politics, except it’s too sudden and rushed to have much impact, despite a nicely industrial tune over the end-credits. The apparent lack of any particular moral philosophy instead consigns this to the category of empty torture-porn. Albeit empty torture-porn of the nasty and well-crafted variety.