Ah, a film which combines two of my least favourite entertainment genres: folk horror and black metal. What could possibly go wrong? I will say, I don’t deny the musical skill present in some metal bands. It’s just the sheer seriousness with which they and their fans take themselves. Much the same actually goes for folk horror, now I think about it. Anyway, the director here is known down under for his music videos. This makes sense: if you imagine a feature length concept album, you’ll be thinking along the right lines. You should not be surprised to learn, much like folk horror, this means a heavy emphasis on ambience. A coherent plot? Not so much. But I’ll try to explain what I can.

Dalia (Lamberg) was one of three sisters who were part of The Golden Path, a pagan cult run by Ragana (Badler). Authorities raided the group, and Dalia grew up in the care of the Catholic church. Having now reached adulthood, Dalia wants to find out what happened to her sisters. This involves her teaming up with metalhead Sam (Kirkright), and going into the woods to find Moloch (Goikhman), the front man of a notorious black metal group, who has essential information about Dalia’s siblings. He lives in a bunker made out of branches: I guess the whole black metal thing isn’t working out so well, financially. Anyway, after that is where the storyline goes not only off the rails, it also careers across a neigbouring field and down into a ravine. 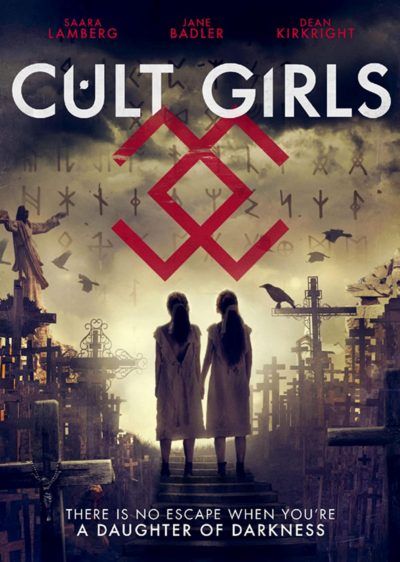 Yeah, I would be quite hard-pushed to say anything about what happens after she has had her little chat with Moloch. This is likely not surprising, considering I read Bakaitis filmed in Lithuania, returned to Australia, and only then came up with the script. “We always knew that we could only shoot so much over there, and that we’d have to come back and build the script around it,” he said. That is certainly… novel. Or, less politely, ass backwards. Since I have to say, the results are very good evidence for why most film-makers do things the more conventional way round. It improves the chances of the end product being other than a largely incomprehensible mess.

Admittedly, a well-photographed and reasonably attractive mess. It’s full of slutty death metal chicks who, it appears, have no objection to taking their clothes off for the flimsiest of reasons – and “a cult ceremony” apparently reaches the necessary justification. So that’s nice. However, this can only take a film so far, especially when it feels everyone in the cast is trying to act in a secondary language, even the Aussie-born ones. It’s completely lacking in coherence, to the point I couldn’t hazard any kind of guess as to what point the director is attempting to make. I’d have no problem hiring Bakaitis if my band needed to shoot a video for one of our songs. He would not, however, be on my callback list for any features.