You certainly can’t accuse co-writer-director-lead-producer-co-editor Ryan of being over-ambitious. He has done a very good job of cutting his cloth to fit the available resources. In this case, that means basically two actors, of which he is one – the third name listed above, is actually a dog! – and a single location. The problems are elsewhere. As in just about everywhere else. Two brothers, John (Ryan) and Michael (co-writer Vania) wake to find themselves sealed inside a house. There’s a letter warning them if they try to leave, or fail to follow any other instructions, Michael’s daughter, who has also been abducted, will be killed. The unknown kidnapper has a very specific agenda, though the viewer doesn’t know what it is, until the end.

This gets off to a very rocky start, with post-synched dialogue, doing such a poor job of matching the lips, it feels almost like a stylistic choice – as does the editorial decision to cut between different takes while retaining the same shot, a horrendous no-no in film technique. These elements, mercifully, do settle down, and we get to what passes for the meat of the matter: a self-reproducing cycle of abuse begetting abuse in the next generation. Weirdly, it was the second film I’d seen today to go down that moral path. This doesn’t adopt the same brutal, and in your face approach as Atroz, though is something of a double-edged sword, considering the alternative this offers. 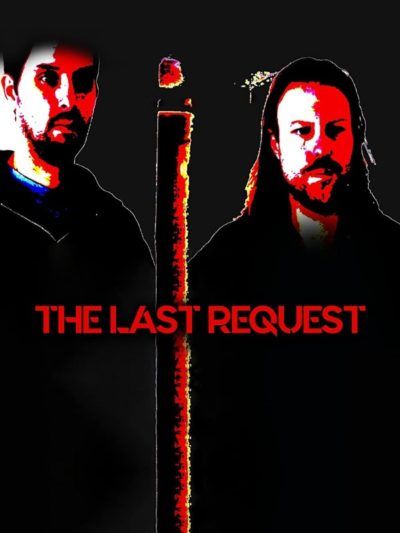 For if you’re going to set aside the concept of action, and rely on dialogue, both to move the story forward and hold the audience’s attention, it needs to be sharp and interesting. This is not. An example should suffice, extracted from one of the lengthy monologues with which the film is peppered. “In the end, we can all say wars are started over religion. But if there wasn’t religion, wars would be started over something else. And if there wasn’t that something else, wars would be started over something else. People say money is the root of all evil, but if we didn’t have money, something else would be the root of all evil.” This is line with the slew of vapid quotes whose captions open proceedings, e.g. “There are two sides to everyone,” by that well-known writer, Anonymous.

Ryan the director attempts to imbue Ryan the writer’s pronouncements with meaning, by portentous but ultimately meaningless cut-aways, to shorts ranging from ants crawling across a wall to porn, to stock photographs. You should be thoroughly unsurprised to learn, it does not work, instead slowing down the pace even further. It’s only in the final 15 minutes that anything approaching genuine development shows up, and it’s not something which stands up to close scrutiny. While the abductor’s motives are clear, their actions make little or no sense in the light of this rationale. The film then ends with a series of stats about missing kids, and it might as well do that as anything else.