According to my Letterboxd profile, I watched 403 films last year. That’s… startling. The number likely isn’t pin-point accurate, as there were probably some movies which are part of their database, so couldn’t be logged, but it’s likely close enough. Certainly, it’s easily the most ever since I started logging them there in 2013. For comparison, in 2019, the same figure was only 227, so I was about 80% higher last year. The previous mark was 338 in 2015, so even that record has been crushed by around 20%.

You don’t need to guess the reason. COVID-19 sent me to work from home on St. Patrick’s Day; at the time, I was thinking it’d probably be only a month or two, but ten months later, I’m still here, and there’s no end in sight. This has led to an increase in movie watching in several ways. Firstly, I’m no longer commuting, which means an extra hour of leisure time per day. Secondly, alternative pursuits like concerts, trips and even simply eating out, have been severely curtailed or abandoned entirely, meaning something has to fill in the spare time. It hasn’t entirely been movies – I’ve read more this year too – but they’ve certainly been a very large beneficiary. We also ran FearCon, which always results in a spike as we view submissions.

Still… over four hundred? Not all of them qualify for this list, with fifty or so being part of Project Hammer Time, which is going to run through 2021 as well. A good number do, though there were few truly outstanding titles. This was more one of those years where I found myself wondering “Were there even ten credible candidates?” before I started going through the list and remembered a good number that were solid, if not amazing. As ever, the rules for qualification are fairly loose. I had to have seen them for the first time in 2020, with their release in some format also coming last year. One entry came out in its home country back in late 2018, but there doesn’t seem to have been a Western DVD release, before it showed up on Netflix last April. That’ll do for me.

As usual, links go to the appropriate review, whether here or over on the GirlsWithGuns.org site. But a few honourable mentions before we get into the top 10. Snatchers, Guns Akimbo, Sky Sharks and Back Road. Right. On with the countdown.

A straightforward, no-nonsense action flick that didn’t fuck around and went in a straight line from A to B. Sometimes, less really is more, with Chris Hemsworth proving to be the White Saviour we need. Or, at least, the White Saviour Dhaka needs. What we said: “A high-energy blast of kinetic energy, which cinematically, is as close as you’ll get to playing a really well-rendered first-person shooter. Empty, meaningless adrenaline rushes don’t come much better than this.”

Ok, this was not expected. I only watched this on the basis of it likely being the closest I’ll ever see to a film shot in Forres, the North of Scotland town in which I grew up.  But the scenes with the hero driving around Fraserburgh late at night, or making plans for a life that had already passed him by, were among the most memorable of the year. What we said: “The sequence with Finnie and Kelly, driving round town, racing against others or just themselves, is a joy to watch, and makes beautiful use of the locations.”

Just when you think the zombie film is as dead as its monsters, along comes an entry to show otherwise. While not as good as One Cut of the Dead, this still adds enough twists to seem fresh and invigorating. Certainly, the best opening few minutes of any movie in 2020, and the first half, told largely without dialogue, feels like a zombie version of WALL-E. What we said: “The concept of being trapped in your home has a particular resonance at the present time; as I write, it has been 55 days since I have gone past the end of our driveway.”

Another Korean film from Netflix, this one had been sitting in my queue much of the year, but finally got watched over Christmas. Like #Alive, it takes a fairly well-known genre, in this case, the heist film, and re-invents it. The twist here is injecting the central concept into a post-economic collapse urban setting of poverty and chaos. What we said: “It makes for a thoroughly engrossing experience, which pulls you into a dark world, and then unleashes an apparently omniscient monster on your tail.”

6. The Plagues of Breslau 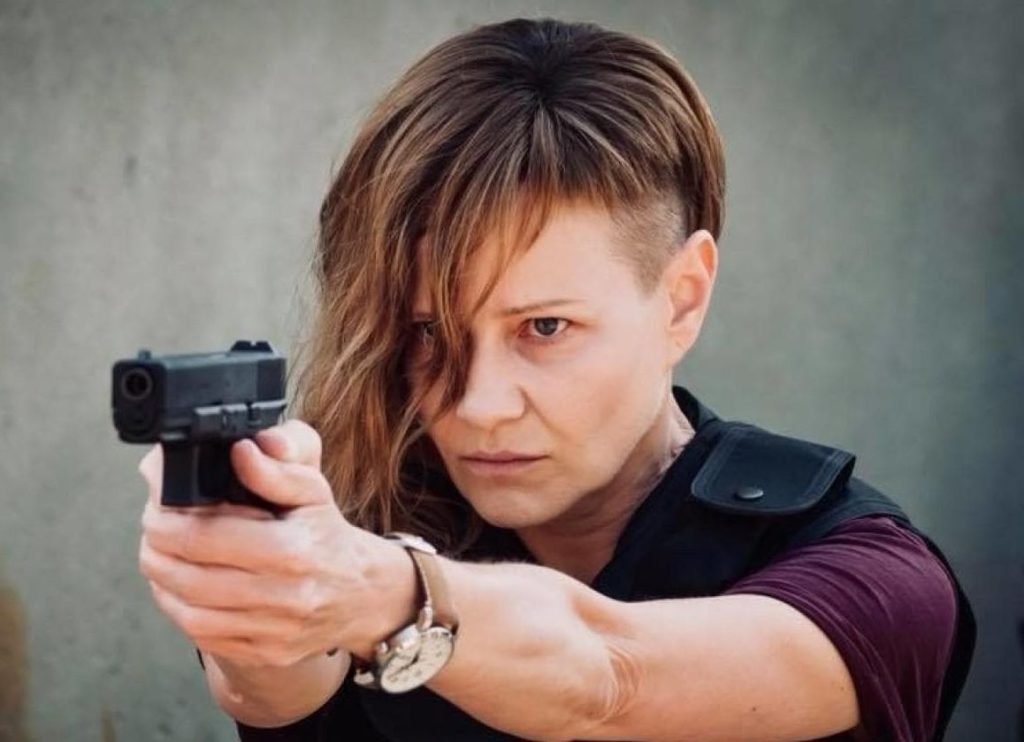 I think this is probably the first Polish movie ever to make any of my top 10’s. Then again, outside of the director here, Patryk Vega, I think my entire exposure is a couple from Krzysztof Kieślowski and The Saragossa Manuscript. This is… different, and features some of the most imaginatively twisted killings I’ve seen in a long time. As well as the worst haircut. What we said: “Be prepared for a film which is short on genuinely likable characters, and long on carnage. In particular, I recommend having a shot of vodka at hand for the guillotine scene.”

5. Woman of the Photographs

Right at the other end of the artistic spectrum we find this, which is quiet and understated to a fault. It’s the kind of film that gets under your skin, and may not make an immediate impression. But then, it’ll sneak back into your head, when far noisier entities have long been forgotten. To update Brian O’Blivion, “social media is reality, and reality is less than social media.” What we said: “Aided by some stellar cinematography, this is one that will stick in my mind for far longer than expected.”

Definitely the film that most surpassed expectations in 2020, I was expecting nothing more than a dumb spoof of sharksploitation films. While I did get that… I also got a lot more, including a heartwarming tale of brotherly love, an innovative way of curing writers block, and self-aware fish that appear on talk shows. I definitely did not see any of this coming. What we said: “Clearly made with an affection for and awareness of the genre which it’s parodying.”

Much like Extraction, this is elegant in its simplicity, and wins through execution rather than innovation. The movie knows what it wants to do, and doesn’t waste energy trying to be any more than that. Any film which is capable of making rural Canada seem like an inbred-infested hellhole is clearly good at its job. What we said: “A very solid exercise in the generation of goosebumps on your arms, driven by a couple of memorable performances.” 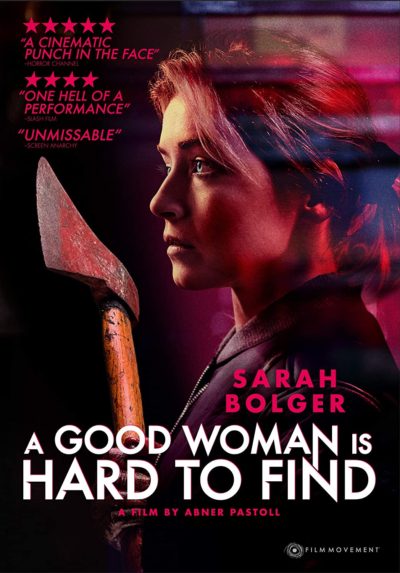 2. A Good Woman is Hard to Find

Like Ran, this is set in the semi-urban wastelands of provincial Britain. But this is dark, savage neo-noir rather than drama, with a character arc which covered more distance than any other movie in the year. What we said: “A spectacular performance from Bolger, portraying a woman who is ground down to almost nothing, before finding fate presenting her with an opportunity – albeit one which comes with a frightening cost in terms of her humanity. :

Controversial films rarely live up to the hype. This one didn’t, certainly not being the venomous anti-Trump polemic alleged. But that doesn’t make it a bad movie. Indeed, this managed to be remarkably even-handed and enormous fun, in a year when Hollywood churned out any number of “woke” misfires, e.g. Birds of Prey. Betty Gilpin was certainly the badass of 2020. What we said: “It all builds to a kitchen battle that, for sheer savagery, is one of the best woman-on-woman brawls I’ve seen since Kill Bill, Volume 2.”