A startlingly effective genre mash-up, this takes place in a dystopian, bankrupt version of South Korea, whose currency has become worthless. US dollars are the only negotiable currency, and most of the population are barely scraping by. Jun-seok (Lee) rejoins this world having spent three years in jail for his involvement in a robbery. He reunites with accomplices Jang-ho (Ahn) and Ki-hoon (Choi), who escaped justice, and convinces them to take part in one more heist, that’ll let them set up a new life in Taiwan. The target is an illegal casino: it takes only dollars and, due to the nature of its business, is hardly going to request an official investigation. 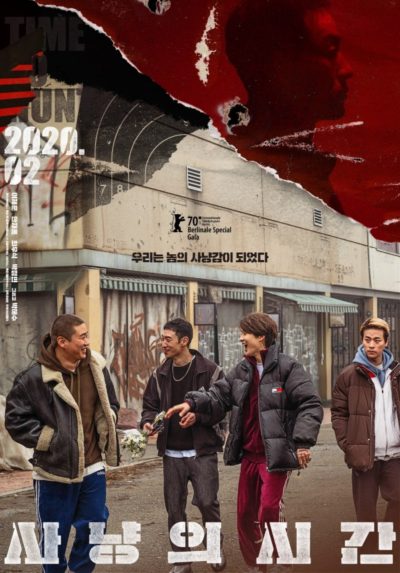 The heist itself goes relatively well. However, the perps quickly realize there are considerably worse things than official investigations. Namely, Han (Park), who becomes their nemesis – in the terms defined by Bricktop in Snatch, i.e. “A righteous infliction of retribution manifested by an appropriate agent, personified in this case by a ‘orrible cunt.” Han is a cross between The Terminator, Michael Myers and John Ryder from The Hitcher., an unstoppable adversary, implacably dedicated to their destruction – albeit only after psychologically destroying them – and who cannot be reasoned with. It proves quite easy for him to track them down; with hindsight, it may not have been the wisest decision to buy their weapons for the robbery from one of the area’s best-known gun dealers. Yet, in the end, that may also prove to be their only hope of salvation.

It’s a fascinating setting, one in which any number of stories could be told, and even a simple heist story would likely seem fresher than usual simply as a result. This, however, is less a heist movie than a post-heist film; the actual crime takes place relatively early, and it’s the subsequent diversion into neo-slasher territory where things kick off. The makers do a really good job of creating their world, particularly for the final reel which takes place in an abandoned complex, beside the port where Jun-Seok will catch a boat to safety (if you’re feeling optimistic, anyway). It is, quite consciously, less populated than reality would be. This is most obvious in a hospital that’s entirely devoid of medical personnel – as well, largely, of medical lighting.

The performances are more functional than memorable, being concerned with getting the plot from Point A to B, though they’re good enough to pass (even if our heroes look like a moonlighting K-pop band). In this, as well as some other aspects, it feels like an early work by James Cameron, before he vanished up his own Pandora. The pacing and technical execution are both excellent, and it makes for a thoroughly engrossing experience, which pulls you into a dark world, and then unleashes an apparently omniscient monster on your tail. Between this and #Alive, Korea has delivered two of the best genre films of the year, superior to the vast bulk of Hollywood output in this infected year.