So, there ends 2019, and with it the 2010’s. I may eventually get around to writing up a best films of the decade piece, but that’s horribly complex, and would probably involve re-watching quite a lot of films. Chris’s response to that suggestion was best described as “tepid,” so don’t hold your breath. But as for 2019, it was largely more of the same: general disinterest in the mainstream, which seems to tilt every further towards comic-book adaptations and Disney movies. To this point, the highest-ranked at the North American box-office film of 2019 which I’ve seen was John Wick 3, which was #13. I’ll probably catch up with Joker (#8) in a bit. That’s it for the top twenty.

On the other hand, the majority this year are from North America, which wasn’t the case in 2018. However, we still have films from France, Norway, Denmark and Japan. Running Phoenix FearCon may have helped in this regard, as that does tend to lead to us seeing a lot of submissions, which mostly come from the USA. And, lo, one of the new features we screened makes the list, while the other was just outside the top ten.

Overall tally is likely to be almost the same as last year’s 225, which is at least consistent. It initially felt like a little lighter in terms of quality. There were two or three dead-certs, but beyond that, I had to go back and actively trawl through my lists to find enough candidates to fill out the rest of the top ten. As ever, I’m going with a loose definition of 2019 [indeed, I just had to cross one off, having suddenly realized it was on 2018’s list!], and this is entirely based on my personal tastes. I make no claims that these were the year’s “best” films (there are many I didn’t see), or even that you, dear reader, will necessarily like them. I did, and that’s all that matters.

Title links below go to the more detailed review, which may be here or over on GirlsWithGuns.org, as appropriate. 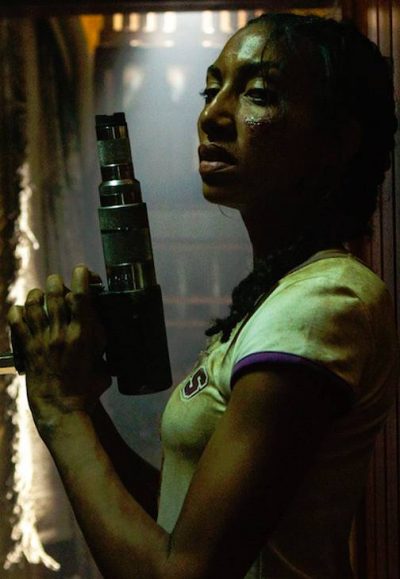 Cringey title, worse trailer – and don’t even mentioned the dubbed version. But buried on Netflix, beneath their tidal wave of “originals”, you can find this cheerfully savage horror comedy pits a volleyball team against the stereotypical local yokels to entertaining effect, and no shortage of gore. But it’s as much a loving parody of the genre as a genre entry itself. What we said: “A very pleasant surprise if you’re a fan of the “splatstick” genre. I certainly am, and consequently found this a real hoot.”

Despite – or perhaps because of – an occasionally obvious lack of resources, this knows its limitations and works inside them very well. It’s a familiar story, where you don’t know if the hero is going mad or experiencing genuinely weird happenings. Yet the small-town feel is nicely realized, and the film bounces back and forth across the centuries in a way from which many bigger films could learn. What we said: “Witness the glorious camera-shot from above of Louis stumbling through the field, pulling back as it rotates, and a fabulous representation of his disintegrating state of mind.”

With an IMDb date of 2017, this may be a stretch, even for me. But since it’s still playing the festival circuit, I’m giving it entry. And deservedly so, for being a delightful slice of paranoia, populated by a host of bizarre characters. Not the least of which is cult leader Octavio Coleman, a man for whom “triggering a mass suicide” would appear to be a plausible life-goal. What we said: “A scarily accurate portrayal of a “guru”, and almost hypnotic to watch.”

7. The Purity of Vengeance

The highest-grossing film in Danish cinema history, and deservedly so. We’ve enjoyed all of the Department Q movies, and have grown to appreciate in particular the idiosyncratic eccentricities of detectives Morck and Assad. Here, they’re investigating a particularly messy case, dating back to a dark period of eugenics, and the results are effective in both story and style. What we said: “Kaas and Fares have come to occupy the skins of these Scandicrime icons, in the same way as Rooney Mara and Claire Foy didn’t.” 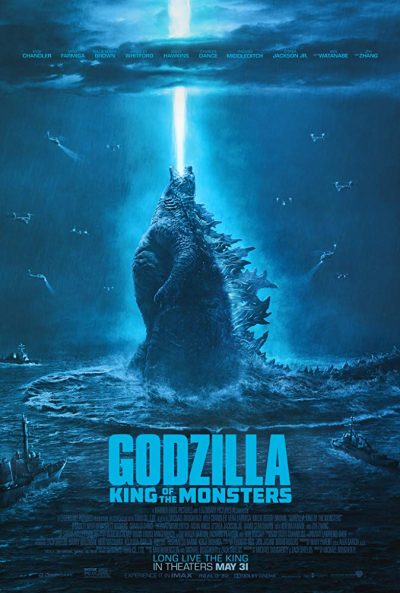 6. Godzilla: King of the Monsters

Basically, a $170 million love-letter to the classic kaiju series. I can therefore see why it didn’t exactly take off at the box-office. But as a long time fan – and, in particular, Mothradvocate – I had a huge grin on my face almost the entire time. Even if there were still too many humans roaming around, the monster battles were front and centre, exactly the way it should be. What we said: “I’m struggling to think of the last movie I saw which was so overwhelming a sensory experience.”

a.k.a. the one in which Chad Stahelski said, “Fuck it,” and threw everything but the kitchen sink at Keanu. While the first two were solid enough action films, they feel more like a warm-up; almost a showreel for those involved to try out a few things and lay the groundwork for the insanity here. After watching this one, you’ll be hard-pushed to remember much about the first two as all. What we said: “A glorious spectacle of carnage… among the best of Hollywood action this decade.” 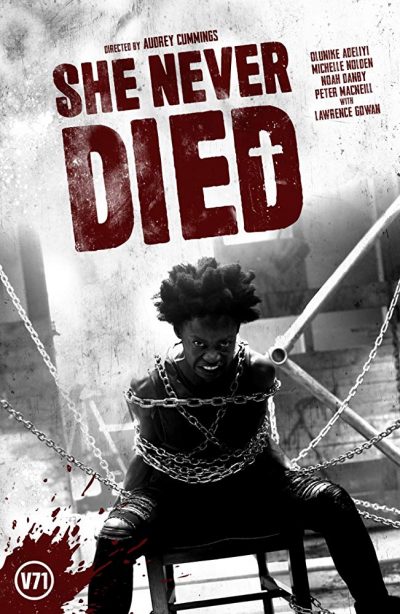 Another sequel, yet also one which manages to surpass its predecessor, through better development of its component parts. Much as we liked Henry Rollins in the original, Olunike Adeliyi delivers a performance with significantly more dimensions, and the film is that much better as a result. Director Audrey Cumming’s horror background isn’t exactly a hindrance either. What we said: “The contrast between the pair, one hyper almost to the point of manic, the other deader than deadpan, is a joy.”

You can count on one hand, the number of films which have genuinely got the hairs on the back of my neck doing the watusi. This is such an entity, particularly during a glorious first half where the tension and oppressive isolation builds further in almost every scene. That the monsters don’t quite manage to live up to the hype is perhaps inevitable, yet scarcely mattered. What we said: “They have worked around those restrictions remarkably well, and the results show that good things can still be achieved on limited resources,”

And if you want limited resources? This cost $27,000. That’s less than one second of Avengers: Endgame [$32,600 per second #TheyDidTheMath] But rarely has a film ever managed to pull the carpet out from under the viewer in such a gloriously constructed fashion. What you think you’re watching is not what you think, and the revelation is absolutely brilliant. Possibly the easiest #1 choice in the two-decade history of these lists. What we said: “There’s no denying this is a gimmick movie. Yet it manages to deliver everything it sets out to do, and more.”