This is a return home for Wilson, who grew up in the rural Minnesota area where it was filmed. He took away with him the legend of Mary Jane Terwilliger, subsequently returning to use it as inspiration for a movie. The tale dates back to 1880, when a young woman was killed as a witch by disgruntled townsfolk, and woe betide those unfortunate enough to tread where she was buried. Doing so rouses her restless spirit, and the offender will suffer an unnatural death in three days. [Fun fact. The story also inspired Megadeth’s song Mary Jane; their original bassist David Ellefson is another local boy] 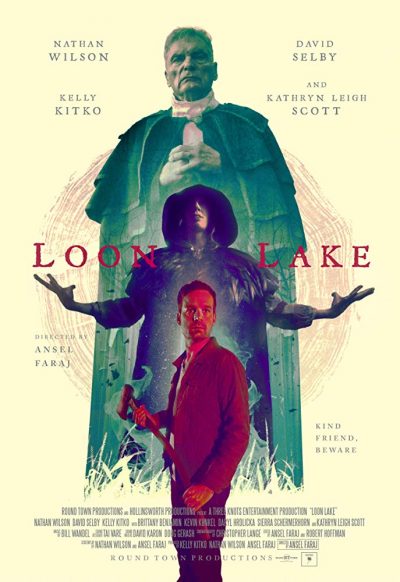 Wilson plays Louis Olsen, a resident of the big city who moves out to a friend’s farm to try and get his head straight after the loss of his wife. It’s not long until he learns of Terwilliger’s story, and realizes he may accidentally have fallen foul of the sorceress. There’s an escalating pattern of ominous events unfolding around him: for example, he’ll hear someone in the farm’s basement, but when he goes down to investigate, the footsteps are now above him. Yet this could all have a rational explanation: Louis may simply be having a mental breakdown due to his spouse’s death, and his psyche is painting it in the form of the legend he recently heard.

To work, the movie needs to balance these, and does so well, moving the viewer from one side to the other and back again, virtually until the final frame, as we learn more about the tragic events in Louis’s past. Similarly, it shifts back and forth between the present day, and events in the 19th century. In the latter, we’re kept uncertain as to whether Trewilliger (Decker) was a real witch, or if the local priest (Selby, who also plays Louis’s neighbour in a nice bit of double casting) was seeking revenge after she spurned his salacious advances. Again, you’ll likely change your mind more than once before the end.

It does struggle to blend these stories consistently: I felt sometimes as if I was flipping channels between two different movies, and at those points, wished it would have stuck to one or the other (though the dual approach is probably essential for the plot). And it does become too obvious on occasion, especially in the modern era. The whole “ominous cornfield” thing has been done to death, and there’s a moment which is basically one character yelling “Boo!” at another. Perhaps Faraj should have had more confidence: his film is better than that, and doesn’t need to go for cheap jump-scares. Witness the glorious camera-shot from above of Louis stumbling through the field, pulling back as it rotates, and a fabulous representation of his disintegrating state of mind.

In moments like this, the film is entirely successful, and makes it easy to forgive places where the resources came up short e.g. simulating a car-crash by violent shaking of the camera. That said, it never looks cheap, and now and again the lack of things like background extras may work in the movie’s favour, adding to the otherworldly feel of rural Minnesotan life. Available both on Amazon Prime and Tubi. this is a film which deserves a bit more attention than most small-scale productions.