What? My top 10 actually coming out the first week in January? Rather than around St. Valentine’s Day? Yes, it’s the new, highly organized habits of effective Jim for 2019. It’ll never last. But for now, make the most of it. Initially, there were only a couple of movies which immediately came to mind as deserving, but as I trawled through the reviews over the past year, both here and at our sister site, GirlsWithGuns.org, I kept finding more and more that were worthy contenders. In the end, I was unable even to find a spot on the list for the delight which was Santa Jaws. And if that couldn’t find a place in the top ten, then 2018 can’t have been a bad year for film.

Based on what I’ve logged at Letterboxd.com, plus what is still pending there for December, the total for the year was 225, though most of those were not eligible for this list. I only saw two of this year’s top ten at the American box-office: Jurassic World: Fallen Kingdom, which I hated, and Solo: A Star Wars Story, which I didn’t even bother to write about. Of the top fifty, the film which I enjoyed most was The Meg. This probably says equally much about my tastes and Hollywood. [I’m writing this as the Golden Globes are on in the other room. The hit-rate for the films getting awards there is even lower]

So, instead, this year’s top ten includes films from India, France, Indonesia, Holland, Korea and two from Russia. Guess those damn Russian hackers must have made a wrong turn at Florida or something.  As usual, I’m adopting a fairly loose definition of year; some of what follows will have been listed as 2017 in the IMDb, and thus on this site. But if it arrived across some kind of distribution service over the previous 12 months, that’s good enough for me. I’d rather err on the side of inclusivity, than bounce a deserving film from the list. And with that, the envelope, please! 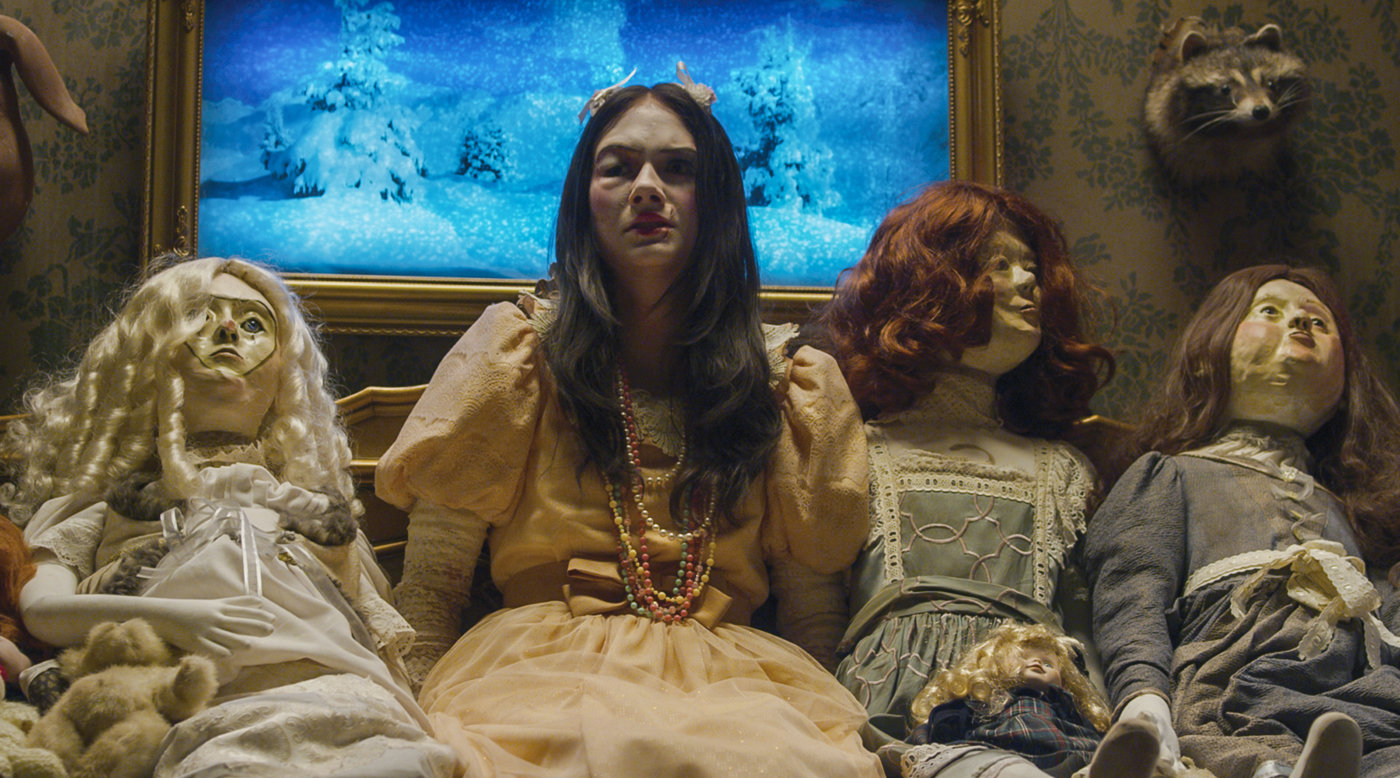 10. Incident in a Ghostland

A little while back, we re-viewed Martyrs, the film which kick-started director Pascal Laugier’s career. While nothing he’s done since has been as good, this is at least getting up there, with an unrelenting second-half that puts its protagonist through the grinder. What we said: If it’s no Martyrs, few films are ever likely to be. It’s still solid enough, and after the relative disappointment which was The Tall Man, gives Laugier a few more credits in his directorial account.

What we said: It’s the stuff around the fringes which kicks it up several notches: things like Khan’s F-sized curved swords,  which appear to have escaped from a particularly mad entry in the Final Fantasy video-game franchise.

Likely the cheapest film in this year’s top ten, estimated at a mere $310,000, this Dutch post-apocalyptic film blows the doors off with a sustained sequence edited to look like a single, 30-minute take, of our psychic heroine storming the stronghold of her nemesis. Doing so with such limited resources is pure insanity, and as such, can only be applauded. What we said: It’s the glorious mess of her final battle, which will stick in the mind of just about anyone who watches this. The trailer won’t prepare you for that level of awesomeness. 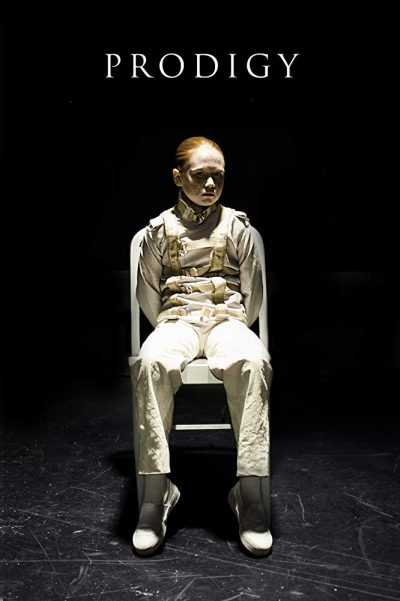 Small in scale, with a cast of half a dozen and little more than one location, this dark slab of SF stands or falls on the strength of its two central performances. And both Richard Neil and Savannah Liles, as psychiatrist and ‘problem’ patient respectively, are excellent. What we said: For a film which, for the great majority of the time, is nothing more than two people talking to each other, it’s remarkably engrossing to watch the two fencing for intellectual dominance.

A little like Ghostland, another slice of “Is it real, or…” cinema, where you can never quite trust the evidence of your own eyes – or, at least, the character through whose eyes you are experiencing things. What we said: Everything you know, think you knew, or at which you hazarded a wild stab in the dark, is wrong. Like so many Korean films… revenge is at the core of events, and once more, it’s a nation who appear to prefer their revenge chilled, with a side-plate of maliciousness.

Another of this year’s Hollywood disappointments was Red Sparrow. This is the film Sparrow could have been, telling the story of an Indian spy married off to a Pakistani soldier, as the two countries stand on the brink of war, and brings home with a vengeance the personal cost the espionage business can have on its participants. What we said: In a world where most spy movies treat death as a throwaway trifle, this goes a long way to remind us that the taking of another human’s life is absolutely not a trivial matter, regardless of the reason. 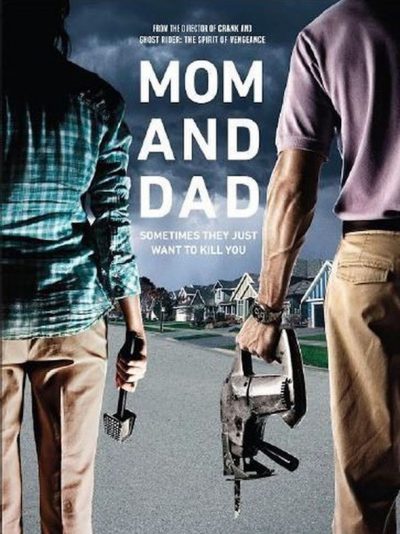 I don’t think any film had us saying “That’s just… wrong” more often than this satire of parental culture, in which Nicolas Cage gets infected with a virus that makes parents target their offspring. And, yes: loses his shit. What we said: The carnage likely reaches its apex with Kendall’s visit to her sister, who has the misfortune to give birth in the middle of all the chaos. Inevitably, this leads to the fastest post-partum murder attempt in cinematic history. If you find such a twisted display of imagination laudable then you’ll have plenty more to appreciate here.

The year’s second Soviet movie tells the story of a largely forgotten or ignored incident in space lore, when two cosmonauts had to try and fix a very broken space station, in the face of perils both internal and external.  It’s a fair more effective depiction of courage than overwrought nonsense like Armageddon. What we said: Extremely solid on both the technical and emotional levels. You’ll probably leave with a new-found respect for all those who dare challenge the edge of the atmosphere, regardless of their nationality.

2. The Night Comes for Us

I almost skipped over this until a glowing recommendation from a friend on Facebook. And, hoo-boy, did it live up to the hype. Brutal beyond belief, this manages to set the bar high at the start, and the continuously one-up itself, smoothly and repeatedly finding a new gear of excessive violence. What we said: I suspect, somewhere in director Tjahjanto’s desk is a big manila folder, stuffed to the gills with paper, and “SPECTACULAR AND UNPLEASANT THINGS TO DO TO THE HUMAN BODY” scrawled on the cover in red biro.

With some suspension of disbelief required, regarding the survivability of impalement and the healing powers of peyote, if you can get over those humps, you’ll be handsomely rewarded with the best rape-revenge film since Ms. 45.  What we said: At the end, after all was said and done, one of the other attendees blurted out loud, “Best ten bucks I’ve ever spent.” I’m not inclined to disagree. Despite its flaws – which I acknowledge and embrace – if 2018 offers a film which packs a bigger punch, I can’t wait to see it.