While Norwegian, there’s something about the attitude in display here, which feels closer to Finnish. It posseses a dyspeptic sensibility, with the film casting an acerbic eye on society in general. One example should demonstrate this: there’s a character here called, both in the subtitles and the IMDb credits, “Drunk cunt”. And it’s not an inaccurate label. Particularly harsh is the criticism of Christianity. If you thought Monty Python’s Life of Brian was problematic, this will make your head explode. For the Jesus (Skrettingland) portrayed in this movie is a sex-obsessed, bar-hopping weirdo son of God, who turns Vidar (Berg) into a vampire by orally raping him, after he succumbs to temptation from the Whore of Babylon. 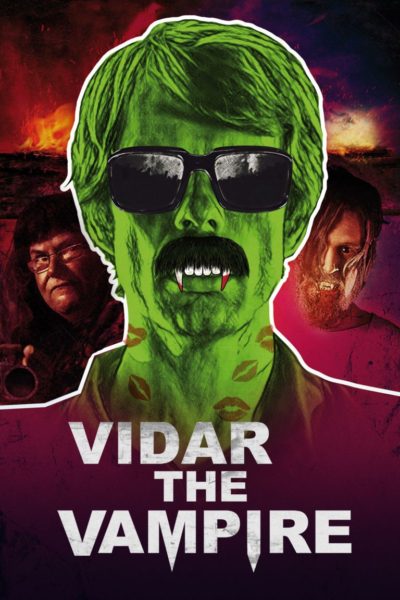 Yeah, we’re not exactly talking a traditional interpretation of the Bible here. Though it’s not utterly inaccurate either – just extremely selective, concentrating on certain quotes, and interpreting them in the light of vampirism mythos. Under such spin, you can’t argue the reading of lines such as John 6:54: “Those who eat my flesh and drink my blood have eternal life.” It’s just a shame the makers didn’t go full bore into constructing an entire theology based around the idea of Jesus Christ, vampire (not, obviously, to be confused with Jesus Christ, Vampire Hunter). Though I can’t complain too much about the commitment of Berg, since he starred, co-wrote, co-directed, produced and wrote the music, much of which sounds appropriately gloomy, like a Scandinavian take on Leonard Cohen.

The structure here has Vidar telling his story to a sceptical psychiatrist (Sønderholm), beginning with a childhood incident where he was humiliated by a cruel prank. Trapped in adulthood by having to take care of his demanding mother, eventually leads Vidar to make his pact with… well, any supernatural entity who happens to be listening. Which turns out be the twisted version of Jesus Christ described above. Except, while freeing Vidar from a certain set of restrictions, such as human morality, he quickly finds out these have just been replaced by others. Such as spontaneously combusting when exposed to sunlight, and being at the mercy of his hunger for blood – despite attending AA meetings. So is his life really all that much better than it was pre-resurrection?

It’s a shotgun approach which doesn’t seem to have much to say beyond a broad dissatisfaction with life in general, and religion in particular. I did like the considerably less circumspect than usual connection of vampirism with sex; there’s one genuinely gross-out loud moment, involving a tampon, and a scattering of other amusements. However, there’s a lack of even moderately likable characters to be found, with the “hero” basically going full Brock Turner on the drunk cunt. To be honest, any analysis might well conclude that most of Vidar’s problems are largely of his own making. I felt this likely wore out its welcome before an ending that seemed particularly sudden. Perhaps that abruptness indicates Berg realized the corner into which he had painted himself. Probably not though.