To be honest, I wasn’t expecting to like this one. As much a romance as anything, made for only $12,000 and running three hours? From my experience, that’s a trio of red flags. But, despite elements that are rough around the edges, this managed to sneak up on me, not least because it has genuine heart, going a long way to overcoming the bumpy patches. George Coetzee (Coertze) suffers an accident in the remote South African wilderness, and regains consciousness to find himself being taken care of by the beautiful but mysterious Samantha (Werth). While tending his wounds, she insists he can’t stay, and blindfolds him before leading her patient to his car. Despite Samantha’s insistence he should forget all about her, George can’t – even though doing so will imperil both his life, and her immortal soul. 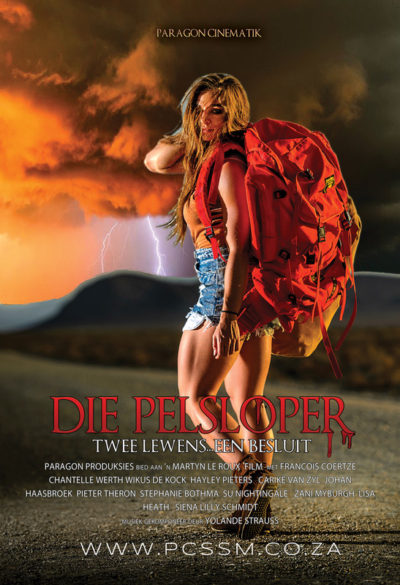 Yeah, the title more or less gives this one away, and the viewer should be able to work out her secret, well before George does. In some ways, there isn’t particularly much to this beyond the above. An ex-cop (de Kock) who had been investigating the gruesome murder of Samantha’s mother, until the conclusion he reached led to a stay in the funny farm; he’s still after her, decades later. That’s about it, and as you can imagine, spread over 180 minutes, the pacing is leisurely. Yet I’d be hard-pushed to point to many scenes that feel genuinely surplus to requirements and could be excised without damaging the overall feel of the film. That’s likely what matters here. Its closest cousin – and this might play into why I liked it – may be Paul Schrader’s hugely underappreciated Cat People, though without the explicit sex, violence and amazing transformation scenes.

Indeed, when we eventually get to the last… I ended up wishing they hadn’t bothered, for the film’s budget proves woefully inadequate to the task. It’s occasionally wobbly, to be frank, in other ways, too: supposedly fixed cameras moving mid-shot, or a glaring continuity gaffe where a screen door vanishes between George entering a house and leaving, perhaps the result of the two years it took to make. However, it still managed to sneak up on us gradually, to the point where we found ourselves increasingly caring about the fate of the couple.

That”s something which doesn’t happen often, even in the looser end of the horror genre this occupies. The final scene they share had undeniable poignancy, and if this didn’t quite join the elite list of genre films that caused me to have a case of the sniffles [we’re still talking Miracle Mile and Crouching Tiger], it came far closer than I would have predicted three hours earlier. It may be a case where a film’s flaws make it more human and, consequently, relatable, with le Roux’s passion for the project allowed through. On that basis, I suspect a sleeker, polished version of the same story might not have proved as effective.