The latest in our series of “Chinese blockbusters you’ve never heard about,”  (see also Operation Red Sea and Wolf Warrior 2) this is currently the #1 movie worldwide of the year. At time of writing, it has taken $655 million at the box-office, $280 million more than any other film. And, like its predecessors, it has home performance almost entirely to thank for that, having grossed slightly below $5.5 million outside of China. On the plus side, it does at least go in a different direction from those two movies, opting for sci-fi action rather than combat action. On the other hand, do we really need a 21st birthday Chinese remake of Armageddon? 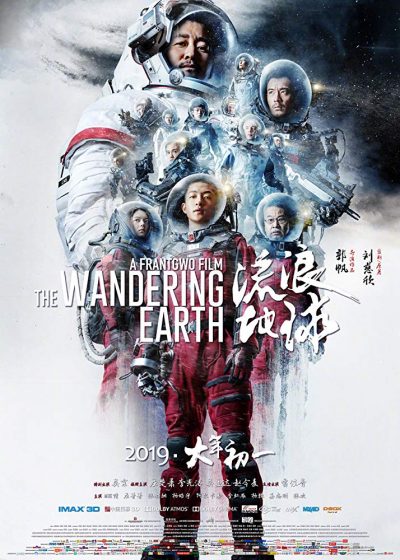 It starts off with an interesting premise, however. The Sun is about to bloat up into a red giant, so to escape, the world comes together, and straps massive engines around the Earth’s equator. The plan is to ship the entire planet out of the solar system towards Alpha Centauri, while humanity hunkers down, deep underground. But the planned slingshot manoeuvre goes wrong, with Jupiter’s gravity disabling half the engines, and instead setting Earth on a collision course with the gas giant. Can a hardy bunch of renegades overcome the odds and save the planet? More importantly, is there a scene with a doomed astronaut getting to have a final conversation with their offspring, before heroically sacrificing themselves?

If you’re going for a cheap Chinese knock-off – and this cost barely one-third of Armageddon‘s price tag, even ignoring two decades of inflation – you could do worse for a procession of eye-popping visuals. Although almost entirely CGI, these still manage to impress, not least when Jupiter hangs threateningly in the sky, over the frozen snowball which Earth has become. Far less successful are the attempts to add any humanity to this spectacle. The central characters are siblings Liu Qi (Qu) and Han Duoduo (Zhao), who “borrow” their grandpa’s truck for a joy-ride on the surface, only to be caught up in the subsequent emergency mission to deliver a key part to one of the downed engines. Their father (Wu) is one of the astronauts on a space station accompanying the Earth, and as he tries to help his offspring, has to content with MOSS, the station’s AI system which has its own agenda – coughHALcough.

You’ll be hard pushed to care about them, or any of the other characters that stroll across the screen, act heroically for a bit, and are then discarded, killer or simply forgotten. It’s nice to see that Hollywood’s stranglehold on large-budget spectacle is increasingly being challenged, I guess. However, I’d be significantly more impressed if the undeniable scale and energy present here were not in the service of a plot and characters that could be described on the back of a fortune cookie. With Salyut 7, Russia showed that it isn’t necessary to value style over substance in your top-end SF films, and it’d be nice if China demonstrated they can follow suit. Next time, maybe they can try to be Christopher Nolan, rather than Michael Bay.