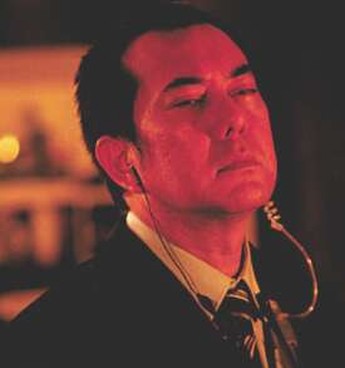 The premise here is crisp: a cop team is investigating a triad gang, but each has an informer working deep undercover on the other side. Both try with increasing desperation to ferret out the mole, knowing the stakes are deadly. But all loyalties get blurred after ten years living a lie, regardless of whether you’re a policeman or criminal. Worse still, Ming the pseudo-cop is then given the task of finding the mole in the squad, when he is actually the culprit, which leads to Yan the pseudo-gangster being hung out on his own.

The script is equally worthy of credit, wringing out every drop of tension, particularly during an extended sequence as the police plot a raid. Information flows back and forth, plans are changed, suspicions raised, and several fingernails lost by viewers. This kind of thing is expertly handled, and both Wong and Tsang, police chief and triad boss respectively, are excellent, even though they only share one scene – it’s like seeing Pacino and DeNiro face off in Heat. Lau and Leung (fake cop and fake gangster) are less well-defined, and the attempts to give them a back story really don’t work. Luckily, it’s a minor subplot, and otherwise there’s rarely a dull moment. Warner Brothers paid $1.75m for the remake rights – likely starring Brad Pitt – but it’s doubtful they’ll be able to recreate the tension applied, as the story twists and turns to its unexpected conclusion.