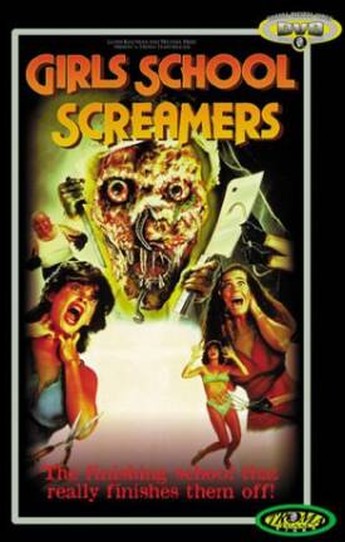 When a film sits unreleased on the shelf for a decade, there’s usually a pretty good reason why. If it’s Troma who eventually release it, even more warning bells should be ringing. And when there’s no-one you ever heard of in the cast or crew, that’s three strikes. These are the lessons to be learned from this movie, as well as the usual ones about not faffing around in haunted houses, having sex or playing with ouija boards. In this case, it’s a bunch of “schoolgirls” – all of whom look old enough to be in college at least – who are visiting the house of a deceased benefactor of their school. And one of them just happens to look like the babe he had the hots for fifty years previously…what are the odds against that?

I leave it as an exercise to the reader to fill in the rest of the plot: I’ll just add that there is no nudity, precious little gore, and only Mollie O’Mara as said babe appears to know how to act. The DVD comes with an interactive tour of Troma HQ in New York, which is far more fun than the film, and is almost enough to make me forgive them for this. Almost…