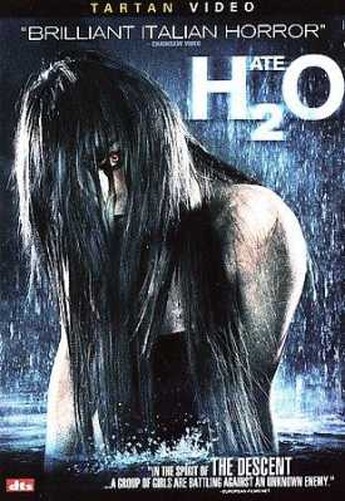 “Five girls travel to a remote mansion in the middle of nowhere for a purifying water fast. Seven days. No food, no electricity, no phones. With water as their only means of sustenance.” My, what could possibly go wrong? No, really. What about…oh, I don’t know – one of them being pushed over the edge by the fast, with repressed grief over the twin she absorbed while still in her mother’s womb. Er, okay: that’ll do. However, I have to say, the first time through, I hated this with a vengeance. Pseudo-intellectual, rambling nonsense which mistakes throwing freaky imagery at the screen for actual content, I thought. Unconsciousness set in before the end, so to be fair, I gave it another shot, albeit locked and loaded to give this the critical savaging it richly deserved.

Except, I can’t in all honesty do so. I still can’t say I actually liked it. The direction is too showy, half the actresses seem to struggle with English as a foreign language, and the pacing is horrible, containing gobbets of psychobabble in place of actual progression of the story-line. On the other hand, what Infascelli does – and does very well – is let you see inside a broken mind, using all the tricks at his disposal to capture a fragmentary and distorted view of the world, when seen through insanity. There are some very effective moments as a result, and the absolute isolation is a good setting for a horror movie – it reminded me of a psychological version of The Descent in places, with the all-woman cast thrown back on their own resources to survive unexpected danger. Nowhere near as good, admittedly, yet still with some interesting angles; I’d just like to have seen less attack on the mental level, and rather more on the physical.