The final tally for all films seen in 2016 was round about 280. That’s almost a hundred less than last year, a quite deliberate decision to rein things in. Although it was also combined with a change in work schedule which meant I bid a fond farewell to having regular three-day weekends. Obviously, this is limited to the films I saw, which were… their usual eclectic mix, shall we say. The FearCon once again proved a reliable source of top quality horror, though the we price paid for those diamonds was a hefty one – you should have seen some of the submitted content which did NOT make the final cut. Anyway, here’s the list, with links to the full reviews, and a representative snatch. Heh-heh. “Snatch”…

“I was genuinely and pleasantly surprised by this. I had no clue at all what to expect, having never even heard of the show before, and not even seen a trailer. But I greatly appreciated the dry wit, often bordering on sarcasm, not often seen to this extent in American films… The self-awareness here is almost off the charts, and this shows that is not necessarily a bad thing.”

“While this fourth entry in the Mythica series is certainly flawed, I have to confess, I found it hugely entertaining. There’s a very strange Mad Max vibe present here, and no small amount of steampunk influence. But despite (or, perhaps, because of?) this, I still enjoyed the most of the series to date… It’s more or less non-stop, beginning with a 20-minute action sequence which sets a fast-paced tone, that barely lets up thereafter.”

“There’s no denying, you can easily pick at this and find a good number of ways it could be better. Yet, for a first directorial effort, it gets so much absolutely right, beginning with casting leads who bring far more to the table than many well-known names. Rochon has made good use of the connections made over her decades  in the industry [and] Lowry nails it, utterly.”

“The main positives are the performances… The best of the four leads is Folsom, who has to perform two, utterly opposite roles: Bethany, and the demonic entity inhabiting her, who is gradually destroying its host from within. As things degenerate, the difference becomes so radical, it’s hard to believe you are not watching separate actresses who happen to share a physical resemblance.” 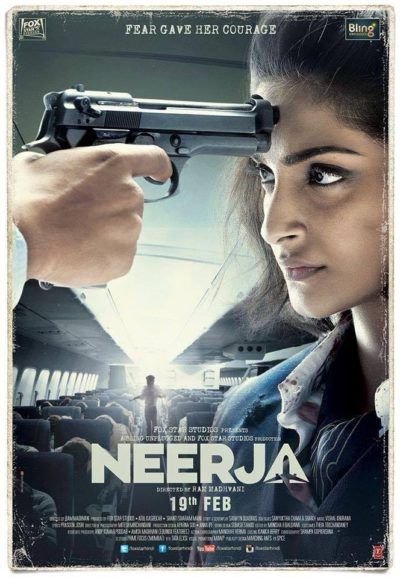 “Likely one of those cases where less knowledge may be useful in appreciating it. For I’m sure most of the original Indian audience was already well aware of the story here; in contrast, as someone who hadn’t heard about it before, I found myself holding my breath on more than one occasion, with no clue of how it would end… It certainly qualifies as one of the strongest entries of 2016, even if – or perhaps because? – the movie goes in a different direction from the more-traditional kind of action heroines”

5. She Who Must Burn

“It’s Cross’s depiction of Rebecca that hits it out of the park. From the scene where she refuses to accept medical help in her pregnancy, preferring to rely in God’s will, through the harrowing birth scene and on to the burying of the little corpse in the dead of night [chillingly, in an apparent field of other little corpses], you feel her pain, and the subsequent mental disintegration makes complete sense.”

“[The hell of war] is appropriately portrayed in all its grim unpleasantness from poison gas through to brutal hand-to-hand combat, where we see the soft heart of a raw rookie is no match for a grizzled veteran’s sheer ruthlessness… It may be militaristic propaganda; I’d not argue with that as an assessment. However, I don’t care, when it is as effective and well-made as this, with the cinematography and soundtrack standing out, in addition to the fine central performance.”

“A remarkable amount of fun, an unrepentantly trashy romp that embraces both nudity and violence with equal enthusiasm… However, I should stress, the script and direction still put the effort in to create decent characters. Blue Jean, in particular, is a great bad-ass, but the rest have their quirks and foibles which make them seem more like real people, rather than just lightly-clad zombie snacks.”

“Equal parts Stephen King and Wait Until Dark, the Audrey Hepburn film in which a blind woman is similarly the target, this is an object lesson in doing the most with what you have. A cast numbering only a handful and a single location, are not necessarily a barrier to entertaining and effective cinema… The positives here easily outweigh any complaints, with Maddie a great heroine, who refuses to be defined by her disability”

“The heroine becomes an increasingly complex and multi-layered creature: at times you feel nothing except sympathy for her, then she’ll do something which turns her into a total bitch. It’s almost like she’s that rarest of butterflies in Hollywood films – a real person… While it’s certainly not perfect, Elle is more challenging of truths generally perceived as self-evident – often the best kind to challenge – than virtually any other film I’ve seen this year.”