This is a remake of the Chilean film En las afueras de la ciudad, (which translates as “On the outskirts of the city”), but what’s a little unusual, is that both the original and the English-language remake were directed by the same person. It’s not totally unique for a director to remake his own film: Alfred Hitchcock did it in 1934 and 1956, with The Man Who Knew Too Much. But doing so in a different language is a bit rarer. Still not unprecedented though: for instance, Michael Haneke did German- and English-language versions of Funny Games, while The Vanishing, The Grudge and Night Watch [the Danish psychothriller, not to be confused with the Russian fantasy epic] all also brought over their original directors for the Hollywood versions. 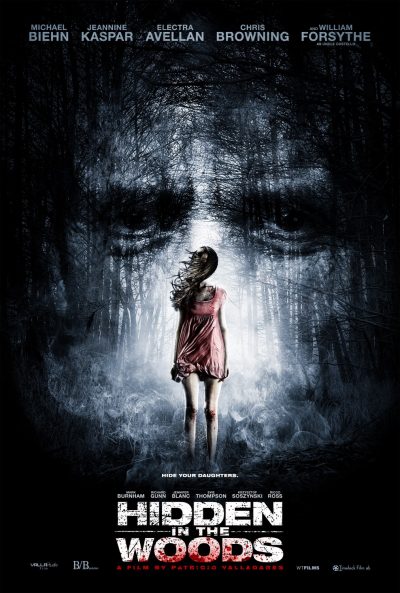 I’m not certain this is necessarily a good thing, especially if you’ve seen the original. Do-overs generally struggle to avoid seeming superfluous – the worst example likely being John Badham’s version of Nikita, which I’ve always referred to as Remake of No Point. But if there’s someone else at the helm, they can sometimes bring a fresh eye to proceedings and develop the same material differently. If you’re going back to the same well yourself, what more can you really do? However, in this case, transplanting the film to Texas may help. For it gives the remake a scummy, white trash setting, with which we are likely more familiar than its South American counterpart.

The story is basically identical. Anna (Kaspar) and Anny (Avellan) are two sisters, at the utter mercy of their abusive father, Oscar (Biehn), whose sole source of income appears to be holding drugs for local boss “Uncle” Costello (Forsythe). And when I say, “utter mercy”, that means exactly what you think, which explains the presence of… ah, developmentally challenged kid brother, the product of incest. When Oscar finally falls foul enough of the local law that he ends up in jail, his kids take the chance to flee. But both Oscar – who, I have to say, breaks out of possibly the least secure jail in the history of cinema – and Costello are hot on their trail, for various reasons. And they’re not happy, to state the bleedin’ obvious.

Despite some occasional mis-steps – the “blowjob montage” sequence probably wasn’t such a good idea as it seemed at the time – this generally lives up to its predecessor in sheer grunginess. If the shock factor is not as high, due to its carbon-copy nature, it benefits from a pair of really creepy performances from Biehn and Forsythe. The former is particularly hand-sanitizer worthy, particularly when you suddenly realize that, in his own abhorrently twisted way, he loves his family no less than Liam Neeson in Taken. Though Oscar’s “very particular set of skills” are rather more anti-social. Fortunately, there is a rather more traditional morality also at play here. Maybe it is a case of “happily ever after” for some, though you’d have to question whether the journey through hell was worth it.