I guess entertainment option in South Africa are really limited, going by the above conversation. Who needs night clubs or restaurants, when you can visit abandoned, dangerous industrial locations? The weekends must whizz past! The above is one of the few points to note about this thriller, which I had to stop and rewind on three separate occasions, simply because my attention had drifted below the threshold necessary to write a review.  I watched this in the expectation it was a Single White Female clone, despite coming out two years earlier. Despite some similarities, it’s not really.

It does begin similarly, Laurie (Davidtz) moving in to the flat of mousy introvert Lisa (Udy), whom we know has… issues, since it opens with her stabbing her abusive father with scissors. Laurie gets a boyfriend, attractively bland Dell (Todd); Lisa is slightly jealous of this, but – and this is where it diverges from the SWF template, despite what the sleeve suggests – considerably more envious about the two million dollar inheritance of which Lisa gets notice. She hatches a scheme to kill Laurie, steal her identity and claim the money. After Dell rejects her plan (albeit not her body), he must be disposed of. So must Laurie. And the lawyer who can identify the inheritee. And the creepy friend of the family. Jerry (Keogh) who shows up. This would be where the foreshadowing of Chekhov’s mine-shaft comes in. 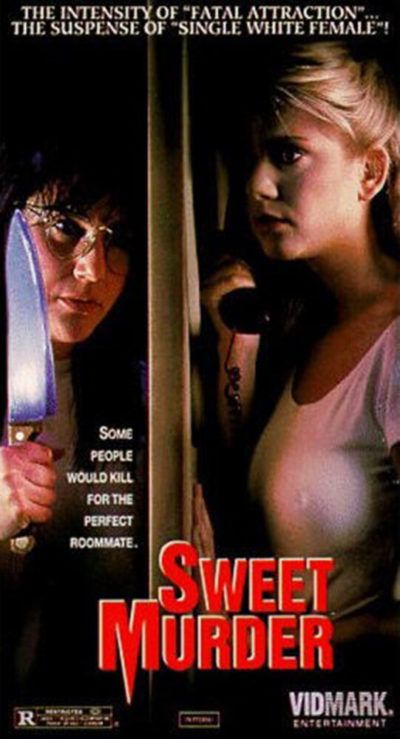 Initially, it does feel like it’s going to go down the SWF line, focusing more on Laurie, with Lisa trying to pry Dell away into her arms. However, at a certain point, the focus switches abruptly and permanently on to Lisa, and this is probably a mistake. She has never been given sufficient character development to make her an adequately interesting protagonist. While the childhood abuse may have some relevance to how she handles Jerry, it’s not as if her other victims were anything except reasonable and respectful to her. It’s definitely not enough to make her sympathetic, and her overall character is too understated to be interesting.

This is despite Lisa stealing the “murder weapon under the bed” from the end of Basic Instinct – which it also pre-dates by two years. This was clearly ahead of its time. [Also: 1992 was a hell of a year for female psychos: we got The Hand That Rocks The Cradle too] The same, sadly, absolutely cannot be said about an ending which has to rank among the stupidest ever written. It feels as if writer-director Rubens had no idea how to tidy things up, and decided simply to throw in a mine-shaft ex machina, and cut straight to the end credits. If the whole thing had been so bizarrely inept , it would have been considerably more memorable and entertaining, instead of being as generic and forgettable as its title.