In black and white, without the sex, this film would have been a 1950’s classic.  Both then and now.

Instead it’s a 2022 film with an advisory that includes “…contains use of alcohol…”.  No really.  Whatever next?  Warning “contains use of coffee… use of motor vehicles… has shoes… makes references to small iguanas called Mildred and George…”?  Seriously!  For fuck’s sake!!!  Why not then warn that it also shows the use of detergents and cutlery and kindness.  And walking.  Really?!

Right.  Sorry.  Rant over.  Thanks for waiting.  I’m calmer now.  So.  The film.  Well, it’s got Chris Pine in it and so in my book is already a B+.  Simply put (in my humble) he has the nose, or agent, for finding good films, ones that play well to his talents, and this one is not unlike many of his others in that it is unrelentingly low key.  With room to breath.  Space and time.  It is a story told eight years apart, yet runs parallel to ‘today’.  There’s no rush.  So don’t.

The core to the story is that the CIA has reopened the case of flight 127.  A hijacking that ended disastrously.  A disaster that had far too many inconsistencies, with too many unanswered and awkward questions left open within the agency to be left to rest.  Someone in the CIA’s team was feeding information directly to the hijackers.

And so we welcome Henry Pelham (Pine), a minor participant in the events who is given the unenviable task of unravelling the heart of the matter by his boss Vick Wallinger (Fishburn).  Principals on the suspects list are Bill Compton (Pryce) and Henry’s ex lover Celia (Newton).

Yes.  This is a very strong cast telling a story based on a book where the screenplay is by the author.  And if you want car chases or gun-fights then stop reading now and go find another film, coz bruv, this ain’t nuffin’ like what you is looking for, right!?  Instead all you can expect here is good acting, a decent story, all neatly wrapped neatly up as a bitter confection. 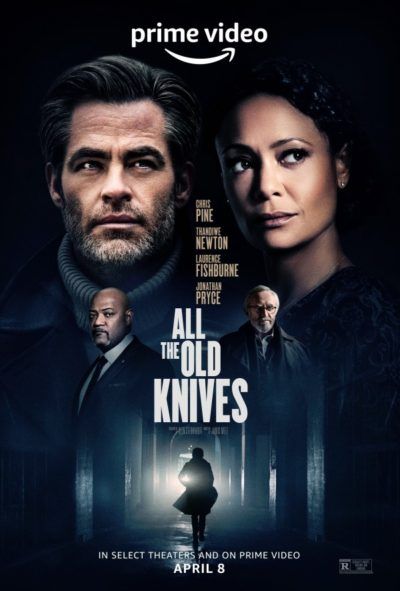 Nice and in part great cinematography.  A flat yet saturated palette is filled with solidly underplayed and almost muted performances.  History looms large on every level, casting huge shadows, bleak black rich with the insidious poison of doubt, fear and mistrust eating like a maggot into the heart of this apple.

It’s slow.  Set about with some well played and interesting ‘no action’ action, as games or not games are played, cat to mouse.  And if a game.  Who knows what is the game.  Or the stakes.

What price for love?

Criticisms?  The ending is so obvious they could have painted it yellow, called it Nancy and had it dancing through most of the film playing trombone.  Apart from that, nowt.  Go watch.  It’s low key, clever, delicately acted, gripping and deeply darkly bitter.  It cuts to scar.

This is not a feel-good film. But it is a film worth watching.