This may be the movie that redefined “torture porn.” Because you basically spend the entire 93-minute running time watching heroine Khadija Young (Campbell) bravely get tortured and resist stoically. This means her fingernails get pulled out, electric shocks are applied, plus general brutality, sexual abuse and so forth. The justification for it, is that she was abducted when her convoy in Iraq was ambushed, and most of the participants killed. Journalist Khadija – who actually works for the State Department… no, make that is a CIA operative – and Marine Luke (Benward) are whisked away for interrogation in a safe house. The man asking the questions, over a period of weeks, is terrorist leader Abu Khalid (Renno), who is working on an attack on the American embassy, and needs to extract the security codes Khadija and Luke know.

I invite you to just think about that for a moment. Can you spot any flaws in this plan?

Exactly. The reality is, the moment something like this happens, the abductees’ security clearance would be revoked, codes or passwords changed, and the protocols revised to render any knowledge revealed to the enemy completely useless. It’s basic Security 1.0.1. If a high-value target like an embassy failed to do so, frankly, they deserve to get bombed. So, yeah: the entire premise of the movie is pure bullshit, to the point that I am genuinely surprised no-one noticed it before production started and went, “Hang on a moment…” Could have saved me an hour and a half of my life. 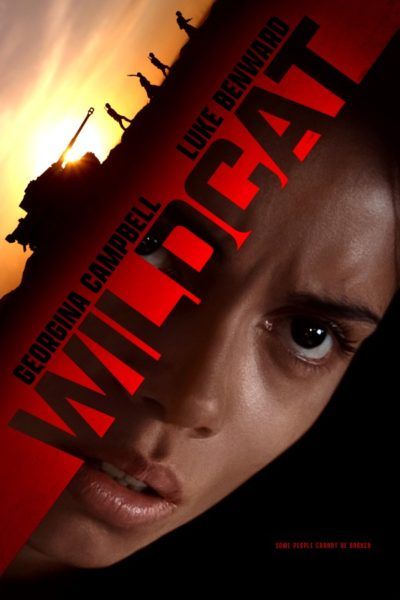 I might perhaps have handled it, except that the execution is feeble as well, to the point that screening this movie to captured POWs is probably considered illegal under the Geneva Convention. I’m not sure if this is down to Stokes or the actors: either way, they seem to have come to a consensus that drama can only be created by whispering lines in a monotone. This is actually a blessing in disguise, since much of the dialogue, especially between Khadija and Khalid, is of the eye-rollingly bad kind e.g. Khadija telling a long, rambling and deeply uninteresting story about an incident which happened to her at high school. Torture as psychological therapy: who knew?

Meanwhile, she is “getting in the head” of the terrorist. What this means is, she is capable of discovering their entire organization from inside the cell, because they apparently recite things like bank account numbers loudly enough to be heard through the walls. Even the idiots in Four Lions were not that stupid, but the crass idiocy here is the only way this movie can happen. I was harbouring a suspicion the whole thing was just some kind of security test, and it’d end with the American ambassador leaping out to say “Well done! You passed! Have a Ferrero Rocher!” It would likely have been an improvement on the actual finish. Given the choice between having my own fingernails removed and having to watch this again… Well, we’ve all made more difficult decisions.