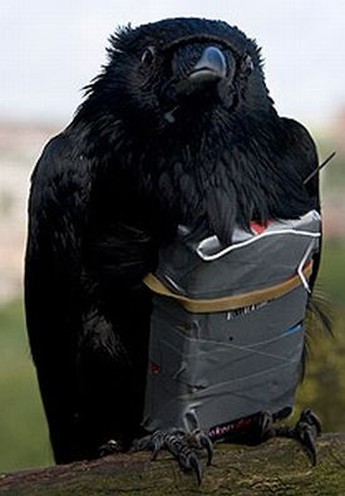 Man, was Brass Eye 14 years ago? It’s clear that Chris Morris had lost none of his bite, with his first feature, a comedy about wannabe Muslim suicide bombers. Yes, read that again. A comedy. And what’s even more bizarre? It’s very, very funny, yet also thought-provoking and poignant. Omar (Ahmed) is the head of an inept group of Muslim extremists. They are plotting a terrorist outrage, but can’t agree on the target, have a poor grasp of security protocol and are hamstrung by their lack of resources. Even after getting to attend a Pakistani training camp, they are abandoned as useless by the other mujahideen. Regardless, Omar and his bunch of nutters continue towards their goal of an attack at the London marathon, communicating through a children’s chatsite (“Puffin Party” – responsible for the current TC Towers obsession with the cute avians), and avoiding Omar’s older brother.

It would have been easy for this to become Carry On Jihading, but it never does, with Omar a surprisingly sympathetic character. He has a loving wife, and a son on whom he dotes, telling him stories of The Lion King (albeit slightly-slanted). He just wants to take part in a Holy War. By the end, even Omar realizes the folly of his actions, but by then things are careening out of control. and his helplessness in the face of this adds a surprisingly-tragic air to proceedings. And it was a masterstroke to make the brother much more orthodox, yet far less radical – naturally, it’s him that the police are interested in, given his fitting of the terrorist stereotype. The movie does focus mostly on Muslims, but the fun poked at them is often of a humanizing kind, e.g. on their way to the marathon, they start off listening to ‘typical’ Arabic music, but by the end are singing along to Toploader’s Dancing in the Moonlight cover. But the cops don’t escape, with a memorable argument over whether a Wookie is, or is not, a bear.

And that’s the point: it is genuinely funny, far beyond what you’d imagine possible. Morris brings much the same surreal worldview to this, that he did in Brass Eye, creating a setting in which strapping explosives to a crow or shaking your head violently whenever you’re outside, makes a strange kind of sense. Disturbingly, it may be closer to the truth than you’d think, as some of the content, such as the discussion over whether they should target a mosque, was taken by Morris from court transcripts. It’s treading this line between reality and fiction, and using it to hold up a mirror which reflects society’s idiocies, that’s the mark of a true satirist. And Morris clearly hasn’t lost a step of pace there since 1997.