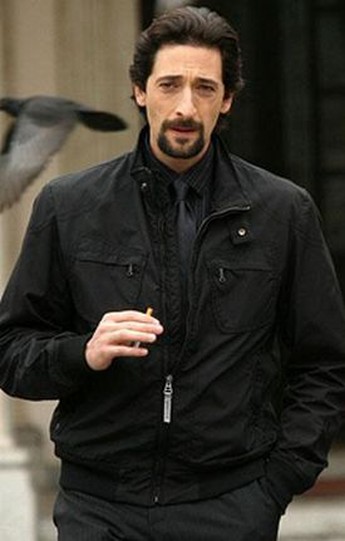 Remember the glory days when horror fanboys worshipped at his feet? If that seems a long while ago…that’d be because it was. I didn’t even bother with The Card Player or Do You Like Hitchcock?, and neither this nor Mother of Tears convince me this was a mistake. This is a competent, if forgettable, story of Linda (Seigner), whose sister Celine (Pataky) vanishes, and who teams up with unconventional detective Inspector Avolfi (Brody), who is working on the disappearances and brutal deaths of a number of – inevitably, this being Argento – attractive young woman at the hands of the jaundice-affected maniac (Breida – put your Scrabble head on to work out who that is…) responsible; hence the title, which refers to his yellow skin, though I was expecting something a good deal less subtle, looking more like a human smiley. That’d have been amusing. Probably more so that this, which follows Avolfi and Linda as they try to track down Linda, before her captor gets bored with tormenting her, and she goes the same way as his previous victims.

Watching this is a bit like gazing at a postcard-sized version of the Mona Lisa for 90 minutes, and trying to figure out why it’s the greatest painting of all time. You’re vaguely aware that some talent is present, but you’re left feeling largely underwhelmed. Here, there are moments where it seems like Argento is going to go full-bore into the loopy insanity of which he was once capable. It’s no spoiler to say this never happens, and what you get instead feels more like an extended episode of CSI: Rome. Though I’m impressed no-one in Italy cares about a kidnappee’s relative wandering round crime scenes with the investigating officer. This, and other plot-holes, show that whatever Argento might have learned in the past thirty years, he still can’t script for toffee. Brody is oddly miscast as an Italian with a murky past, which will likely trigger eye-rolling when its details are revealed. The tank of Argento’s reputation is officially running on fumes.