Bollywood may be the most prolific film industry in the world, and some of the movies they have released are awesome. However, that does not extend to horror films, at least the ones which have crossed our path. Those have ranged from the competent yet largely forgettable (Accident on Hill Road) through to the pretty terrible (Zombie Beach). For this article, I did some Googling to try and find some recent, critically acclaimed Bollywood horror. The closest I could get was Tumbbad, but after reading a review which compared it to Eraserhead… Yeahnah. I’ll take my chances with whatever pops up on Tubi, thank you. Unfortunately, the result fell well short of competent. 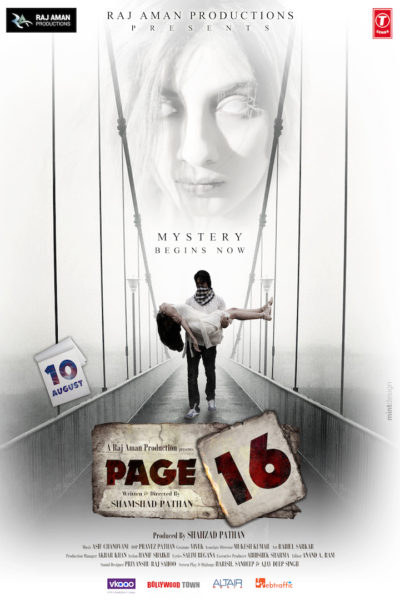 It is, for want of a better elevator pitch, Spectral Attraction. Businessman Ajay (Khan) has a fling with co-worker Sanjana (Bani), but is going to break it off. The ensuing argument ends in the death of Sanjana, and her ghost decides to take revenge on Ajay and his wife, Jessica (Bag). Rather than the old standby of bunny boiling, she chooses to go after their son, Harsh (Aryan – yes, someone apparently named their child “Master Aryan”. I have… questions). This is done through her spirit possessing a My Little Mermaid story-book: I somehow suspect this was not done with the approval of the Walt Disney corporation. Spookiness ensues.

Except, it’s all very unconvincing. Part of the problem is the Bollywood requirement for musical numbers. These are an uneasy bedfellow with the horror genre at the best of time (and I’ve seen films which don’t bother). But there are ways they can be incorporated without taking the viewer out of the appropriate frame of mind. Then there’s the jarring and awkward way they are done here. Which I might care about if the film was any good at generating suspense to begin with. The only good element, is the way we gradually get to see more about the confrontation between Ajay and Sanjana. However, even this ends up undermining the basic premise of the whole film, because [spoiler, should you care] it turns out Ajay was not actually responsible for Sanjana’s death. SO WHAT WAS THE POINT?!?

I did get one good laugh out of this. As is often the case, things like smoking and drinking are accompanied by (presumably government required) captions, warning viewers of the risks. This is particularly incongruous, while two characters are struggling for possession of a handgun, to see “Drinking alcohol can be injurious to health” pop up. Oh, really? But fighting over a loaded firearm somehow isn’t? While certainly not disproving my earlier point about Bollywood horror, it must be admitted that even the local Indian reviews were unimpressed by this. The Times of India called it “riddled with cliches” and said that Hindi horror has “a long way to go in terms of good storylines and execution.” While I’m open to suggestions of counter-examples, I am not inclined to disagree with them.