This may well be relatively accurate, in terms of telling the story of Countess Bathory, the 17th century Hungarian noblewoman who is regarded as potentially among the world’s most prolific serial killers. The problem is: accurate = kinda dull, unfortunately, though I don’t deny this is well-made. It’s probably just too damn restrained for its own good. After all, you’re talking about someone accused of killing as many as 650 peasant girls. The PG version we get here can’t possibly do that justice. It opens in striking fashion, with the Countess (Khodchenkova) walking slowly into her castle, her long dress leaving a broad trail of blood behind her. There’s a reason it’s reproduced on the poster (right). Unfortunately, there’s nothing so memorable the rest of the way. 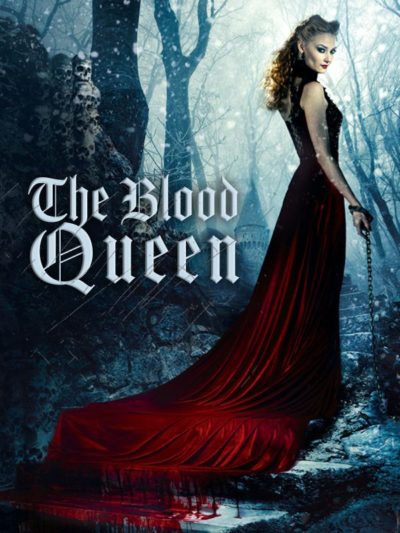 Rather than Bathory herself, it’s more the story of two gypsy children, Aletta (Allen) and her brother, Mischa (Bond), who are charged with theft, but become part of Bathory’s “orphanage” instead. They’re fine with that, as their older sister had vanished in the same area previously. Their suspicions intensify, when Aletta overhears her sister’s name in a conversation between two servants. So the siblings hatch a plan to steal Bathory’s journal, to see if this contains evidence about their sister’s fate. Meanwhile, the whispers about the Countess’s activities have reached the ears of authorities. Attila (Derevyanko) is sent to investigate the reports and disappearances, with an increasing amount of evidence, albeit circumstantial, pointing in her direction. Bathory becomes aware of both threats, though remains convinced she is untouchable until – spoiler, if you are unaware of history – it’s too late.

I’m not sure how historically credible some of the fashions are, sported by the Countess and her court. However, they are certainly fabulous. Indeed, the whole look of the film is nice; the 17th century sure did clean up very well. The illusion is, however, rather damaged by the broad selection of accents heard whenever anyone opens their mouths. The children are posh English; the countess distinctly and quite heavily Eastern European, while everyone else occupies points on the scale, somewhere in between. A little consistency in this area would have gone a long way. The performances are similarly a bit of a mixed bag. I quite liked Allen, but her supposed brother is more annoying than convincing. Khodchenkova… Well, she’s not Ingrid Pitt. Though then again, who is?

For I think the main problem is there’s no particular sense of threat here. While there are hints at the cruel barbarities which she unleashed, we don’t get to see anything more than a bath-tub with some dodgy stains on it. Aletta is the only person even slightly menaced by Bathory, and this happens so late in proceedings as to have almost no real impact. Some credit is due for being filmed in Romania, Bathory’s actual home. Yet in most other aspects, you’re better off watching something like The Countess.