We go back to the very early days of Adkins’s career for this one. Indeed, it’s one of the first few where his character had an actual name, rather than something like “Snakehead’s Henchman” or “Swimming Pool Fighter”. Not that his role here is significantly bigger, however. He really only has two scenes, in the second of which he meets hero Jack Severino (Vandenberg) and gives an impassioned monologue with lines like “I’ve been soaked to the skin with rain, sweat and blood. I’ve smelled death on a spring afternoon. I’ve defeated the hands of an enemy that doesn’t know Christ.” It ends with his character saying, “Whatever misfortunes overcome you, call me, all right? I’m at the Ambassador Hotel for the next two days.” It feels like it’s setting something up for later. Nope. He’s never seen again, and it’s as if Johnson cast his pal and frequent future collaborator for a favour, giving him a scene purely to include in his acting show-reel. 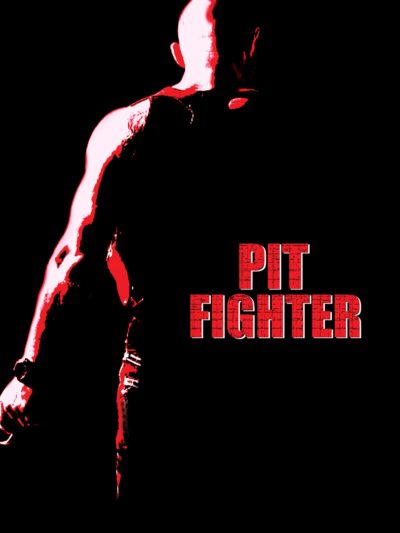 The rest of the plot follows Jack, who is found near death in the Mexico desert. He is nursed back to health, but with no memory of his previous life. In order to pay off the medical debt incurred, he starts participating in no holds barred fights for Manolo (Bauer). Seems a bit of a risky choice, given Jack’s skull is described as being held together with bailing wire, but that doesn’t seem to stop him from chewing up and spitting out his opponents. The most memorable of which is when he slaps a combatant’s eyeball clean out of its socket, leaving it dangling against his face. This causes one of the crowd members to throw up, and he’s not wrong to do so. Naturally, his memory slowly comes back, with flashes of him killing people. Lots of people. This disturbs Jack, who has now found God, and has visions of the Virgin Mary, moving through the crowd at his fights.

Unfortunately, Jack’s past also starts to remember him, and things come to a head after he is ordered to throw a fight (everyone now bets on him, causing his cartel “owner” to take big losses, regardless of the odds). This leads to one of the most ludicrous shootouts ever, in which roughly five million bullets miss Jack, as he stands in the open, blazing away with his own gun. It feels like Johnson decided in the final reel he wanted to make an old school, Hong Kong heroic bloodshed movie, regardless of the abrupt shift in tone from what has gone before. For that would be a fairly standard “mixed martial artist with amnesia” plot, save for the religious angle, which is never developed fully enough to be more than an odd sidelight. The results are largely forgettable, except for occasional brief interludes, and it is clear why Adkins would go onto bigger and better things, and Vandenberg wouldn’t.