I ummed and ahhed about whether or not to review this one, simply because it was another bit of blandly woke Netflix Original programming. Hard to say much about something which has already been forgotten by everyone, including the Netflix algorithm. If I hadn’t added it to my queue (for reasons now lost in the mists of last September), I’m fairly sure it would never have strayed across my eyeballs. Hard to come up with much to say about it, but I find myself with about 30 minutes of spare time at the end of my day off, so let’s see if I can knock out a speed review, before it slides entirely out of mind. 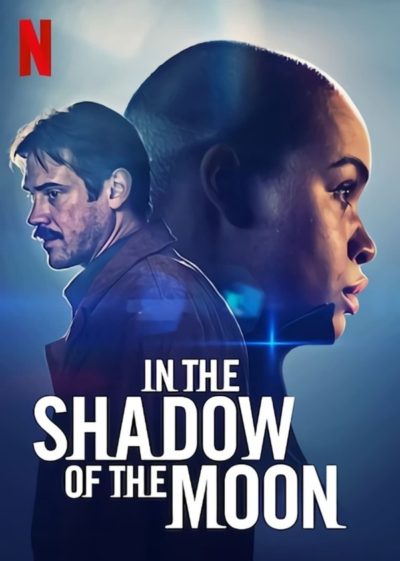 It begins promisingly enough, with Philadelphia police officer Locke (Holbrook) getting involved in a weird series of murders in the year 1988, in which each victim’s brain basically disintegrates, and there are puncture wounds on the back of the neck. With the help of partner Maddox (Woodbine) and the more reluctant assistance of Detective Holt (Hall), he confronts the culprit (Coleman) on a subway station platform. She tells him things she can’t possibly know, but ends up under a subway train. Nine years later though, further deaths occur, apparently related to the same suspect. It also turns out, keys she left behind in 1988 are for a plane which was not made until several years later.

Really, even if it wasn’t for the monologue by loony scientist nerd guy, the audience will likely have worked out she’s a time traveller, long before Locke does (and equally, specifically who she is). Every nine years, the position of the moon opens a portal which allows for his kind of thing, and she is moving backwards through time, killing people because of their involvement in future crimes which triggered a second American Civil War in 2025. Yeah, this is how far society has come. In 1984, coming from the future to kill people because of what they would do made you the bad guy. Especially if you were a robot shaped like Arnie. Now, it’s deemed the responsible thing to do, providing the targets are of the wrong political opinions. Nobody here questions the morality of her extra-judicial executions, or even asks if other methods might be possible. The ends justify the means, and the existing system must be preserved, at all costs.

Contemplating the statism present here is probably more interesting than the film, which offers a steady set of diminishing returns. This is largely because, as noted, we’re typically waiting for Locke to catch up with us. There is some nice imagery; Philadelphia has never looks so slick and shiny. However, I found it an annoying distraction the way nobody, except the hero’s daughter who was born during the first wave of killings, seems to age significantly over the 27-year period in which the film takes place. I think I’d rather it had been about vampires, as the trailer seemed to hint.