The Dyatlov Pass Incident is one of the most enduring mysteries of the 20th century. In 1959, nine Russian hikers were found dead in bizarre circumstances, in a remote part of the Ural Mountains in Russia. Some of the weirder elements include: 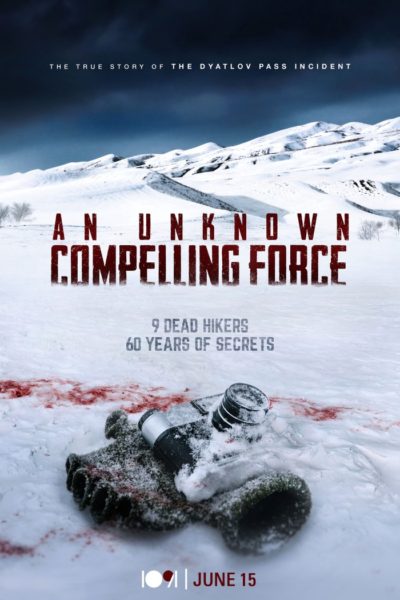 The Soviet investigation was cursory in the extreme, concluding only that the titular force was responsible. Sixty years later, hypotheses abound, from an avalanche through military testing, to infrasound-induced panic and Russian yetis. In this documentary, film-maker Liam Le Guillou retraces the doomed expedition’s footsteps, and examines the evidence, coming up with a theory he believes explains the various aspects.

If the story above seems familiar, it may be because it was the inspiration for Renny Harlin’s movie, The Dyatlov Pass Incident (2013), a.k.a. Devil’s Pass. Though the explanation offered there was… well, let’s just say, rather different, and leave it at that. Le Guillou does a good job of laying out the facts of the case, and going through the plethora of possible explanations, pointing out their strengths and weaknesses. His story perhaps also acts as a cautionary tale about the dangers of Internet rabbit holes. One minute, you’re Googling an interesting story. The next, you’re in the deep-frozen North of Russia, being told your winter gear isn’t good enough and, I suspect, wondering how the hell you got there.

Truth be told, while interesting as a travelogue – and certainly an effective illustration of how remote the area is – the actual trip doesn’t shed much light on previous events. Le Guillou gets to his destination, after talking to a few locals on the way. Not much happens. It isn’t as if he uncovers new evidence, or stages a re-enactment, and little there is crucial to his theory. Much of the first hour was also familiar territory, but I think that’s more down to me. A quick straw poll suggested many people haven’t heard of Dyatlov Pass, so it is probably necessary for the documentary to cover this ground, for them.

I won’t spoiler the theory he puts forward, mostly supported by Le Guillou’s interviews with specialists, from pathologists to a former FBI agent. It is certainly credible, and convincing in some aspects, though does depend on re-reading parts of the evidence. For example, the film says one of the elements mentioned in the first paragraph is not true – even if you largely have to take the claim on faith, and simply believe his expert over previous ones. But I was impressed with other elements; his explanation of the radiation, for example, was not something I’d heard suggested before, and makes sense. It also feels like Le Guillou reached his conclusion based on the evidence, rather than seeking evidence to fit a pre-determined explanation.

At this distance in time, we probably will never know the truth for sure. But I’m okay with that. It’s the uncertainty around the Dyatlov Pass Incident which has endured, and is at the heart of its appeal. Any definitive answer would rob it of this. Still, whether his theory is correct or not, Le Guillou does a good job of capturing the mystery and its attraction. Similarly, whether you’ve heard about it or not, this is a solid and well-crafted exploration of the mystery. Here’s the trailer:

The film is released today, through 1091 Pictures