Despite, or perhaps because of, the utter stupidity unleashed for much of this, I enjoyed this considerably more than I liked it. It’s basically a showcase for CGI modelling, showcasing the liquid dynamics of rats in large numbers, swashing through a train as if a toilet had overflowed. I’m not quite sure how they kill people: the film is vague on the details, and never really seems to show any actual gnawing taking place. Possibly they simply suffocate their victims by sheer weight of numbers. That might possibly be worse: drowning in rats is certainly not the way I’d want to go.

This seems to take place around about the war, with the Su family taking a train journey to visit relatives in the capital. There’s father Zhenghuai (Yu), daughter Wei (Xia) and son Yuexuan. Adding domestic drama, also on the train is his estranged daughter Ling (Zhu), who ran away from home to marry an Army officer. More importantly, also on the train are rats. Lots of rats. After a brief period of scurrying and squeaking in the roof, the ceiling gives way, and the ill-defined slaughter is on, rat tsunamis rolling through the carriages. The survivors manage to separate their carriages, only to find the rats were carrying plague (“from abroad”, one casually racist character notes). There is a hospital nearby with medicine. Good luck getting to it. The town is not exactly Disneyland. Well, except for being ruled by rodents. 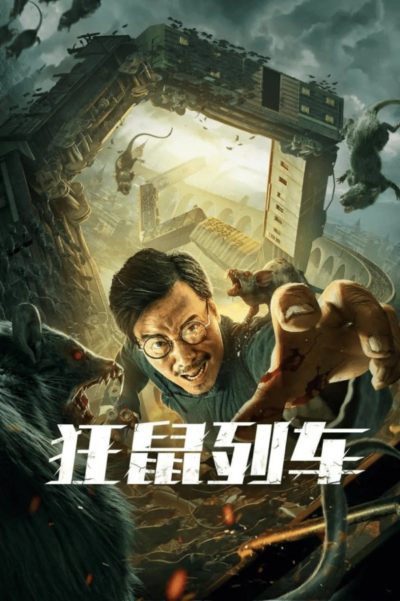 Initially, this plays like a copy of King of Snake, just with large quantities of a different animal rampaging through the train. And also like that, it’s when the movie is at its best. It offers a glorious 25-minute slew of energetic mayhem that moves so quickly, the fact it makes no sense at all, probably won’t even register. All it needs is a Chinese version of Samuel L. Jackson to yell about getting these mutherfucking rats off his mutherfucking train. Unfortunately, once the remnant of the train grinds to a halt, so does the movie to a certain degree.

The focus splits between those who go on the hunt for medicine, and those who stay behind on the train. The latter is the real problem, adding little to proceedings except for extended scenes of bickering. The stuff in the rat-occupied town is better, even if the lack of logic persists e.g. rats can climb, only when necessary to the plot, and in particular only to reach supporting characters. The CGI for the creatures is… likely not awesome. I say “likely,” since you rarely get a chance to focus on it, this elevates it to “good enough” territory. If the climactic CGI explosion is any guide though, “not awesome” remains accurate. I still look forward to future entries in the rodent subgenre of disaster porn: Mousepocalypse Now, Gerbilmageddon or perhaps, And Now the Squeaking Starts…