A film in which Brad Pitt reminds us that he can actually act.  Well.  A bit.  When he wants to.

It starts quietly, with muted colours, and it’s all low-key.

Roy McBride (Pitt) is a fearless astronaut with a heartbeat that barely registers as he remains calm in the face of any and all calamity.  As a side note, this an attribute selected for and shared by most real-life astro-folk and particularly the Apollo-bods.  The ‘per ardua’ moment in the film Apollo 13 was pure fiction.

Roy is the son of the famous pioneer Clifford McBride (Jones) who is a hero (aka dead) after taking part in some super long range mission to escape the sun’s interference to allow super sensitive sensors to search for extra-terrestrial life.  This, the Lima Project, went lights-out somewhere around Neptune sixteen years ago, and Roy has grown up bathed in his ‘light’.  And so the stage is seti.

Spin forward to ‘today’ and massive power surges are causing huge disruption and many deaths on Earth.  The source seems to be somewhere around Neptune… and blah blah blah… stuff happens, and along the way Colonel Thomas Pruitt (Sutherland) pops in for a cameo to help Roy. 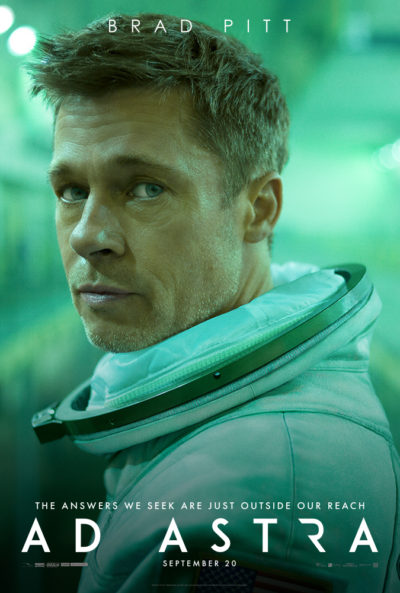 The special effects are oddly so real that they are almost absent by dint of ‘being so real’.  There is also an odd feeling of deja vu when watching this film as (I may have watched it before but not remembered watching it and) it feels like you’ve seen most of every part of it before, in any number of other space films.  Think of any ‘realistic’ space film that you’ve ever seen and you’ll have the same feeling, with at least ‘Gravity’ (very early on), ‘2001’ (a little bit later), The Martian’ (I like this film), and ‘A Grand Day Out’ (more cheese Gromit?) all popping to mind.  Well.  Okay.  Maybe not the last one.  Although, I bloody wish it had.

In part it’s silly, in other parts, erm, more silly and then (frankly) borderline stupid, and overall it’s not worth watching.  It’s not bad, it’s just that there’s nothing, no-one and no sense of story to get behind, or to feel connected to.  Jones and Sutherland barely register and blah blah blah… …there are more notes but I can’t be bothered to type them up.  Which neatly sums up the film.