I thought the rule of thumb was, that if you were mentioned first in a “vs.” title, you were the star. Ash vs. The Evil Dead. Scott Pilgrim vs. The World. Kramer vs. Kram… uh, probably best to skip that one. I was thus expecting copious quantities of giant reptilian action, especially after the ending of the glorious Godzilla: King of the Monsters, which saw all the other Titans bending the knew to their new lizard overlord. I will admit to not remembering much about Kong: Skull Island. I saw it, and think I may have fallen asleep, which is about the most savage indictment you can have of a monster movie. But, now, somehow it appears Godzilla is only co-king of the world. Did I miss the memo? 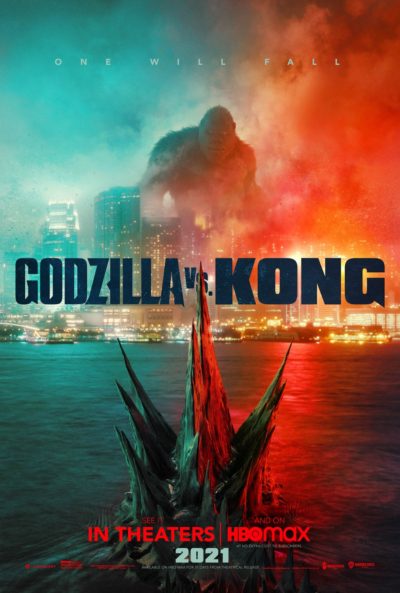 And, here, he definitely has far less screen time, little more than in the 2014 Godzilla. That’s unfortunate, as I personally feel any charisma or personality Kong had, left with Andy Serkis. There’s really precious little here to write home about for the first hour and change. Once again, the human characters are unimpressive, with far too much chit-chat about stuff which seems of little or no relevance. The entire trip to the middle of the hollow Earth, for example, would have been much better served another way. Madison Russell (Brown) is even more irritating now, and if I ran an evil conglomerate like Apex Industries, I’d be having a word with my security department. Because two teenage kids and a paranoid podcaster can, apparently waltz in to any of their facilities almost unhindered. The latter even gets a job in their top-secret lab, as if background checks and security clearances aren’t a thing in the Godzillaverse.

Save for a mid-ocean battle between Kong and Godzilla, it’s only at the end that the film delivers. Godzilla and Kong face each other in a massive battle that destroy much of Hong Kong [where, apparently, there’s a government mandate that all the buildings over three stories must be outlined in neon. Who knew?]. That, I will admit, was spectacular and well-crafted, even before the plot swerve with the arrival of a lethal adversary. It seems quite capable of taking them out individually, so there’s only one thing to do. This feels so inevitable, it’s hardly a spoiler to say that Kong and Godzilla have to team up.

I was particularly disappointed, having recently enjoyed thoroughly Wingard’s The Guest. I was curious to see what he could bring to the table for this. Unfortunately, his skills didn’t quite seem to translate to a big-budget behemoth like this, outside of an impressive facility for the mayhem. I was surprised to learn this actually runs a few minutes shorter than KotM, because there were points here at which I found myself checking my watch. If only they’d brought Mothra back, it might have significantly helped things. As is, this is loud, big, and almost entirely forgettable.