This is not the Wonder Valley for which I was looking. I did wonder why, when I searched on Amazon, it came up with two movies by that title – one on Prime, the other not. So naturally I plumped for the free one, incorrectly. But my confusion is understandable. The synopsis for this reads, “Four friends head out into the desert for a weekend camping trip in the abandoned mining town of Wonder Valley. As the secrets of the empty town begin to be revealed, they’ll be lucky to make it out alive.” This is clearly not to be confused with the other film of the same name, whose synopsis is: “Four young women watch their dreams become nightmares as a weekend getaway in the desert turns deadly.”. Uh, yeah. They even have identical running times of 71 minutes. I only began to suspect an issue when one of the young “women” in my version had a beard… 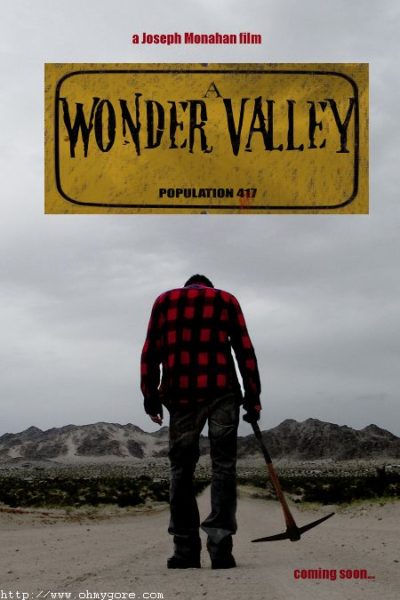 I’m sure there’s a story about these duelling Wonders, of which this is the earlier (indeed, filmed originally wrapped all the way back in 2011). It may be more interesting than the results, which even at that abbreviated length, takes too long to get to the meat of the matter. As the synopsis says, four people go out on into the desert to explore, following the suggestion of Jeffrey (Vaughn). There’s his new girlfriend, Christina (Block), a foster child who is happy to take time off a recent search for her real parents, and another couple, Karen (Pero) and Roger (Michaelson). Initially, things go fine, with a relaxing trip to the middle of nowhere. Even after Jeffrey reveals some of the area’s dark history, which he has been visiting since he was a boy with his abusive father, Karen and Roger drop some ‘shrooms under the desert sky. But the next morning, Roger is missing, and as all attempts to track him down fail, Karen becomes increasingly more distraught.

Naturally, it turns out that someone – no prizes for guessing who – knows a great deal more about what’s going on than they are telling. No prizes, either, for figuring out early on that Christina’s quest to find her biological mom and dad, will also factor into the way things develop. The main problem is the lack of meaningful content over the front half; things only begin to get going when Roger vanishes. By that point, you’ll be idly flicking through your phone as uninteresting characters do uninteresting things, and wondering how the other Wonder Valley stacks up in comparison. The rest of the film, to its credit, isn’t particularly bad, building a nice sense of hysteria (thanks, Karen!) in its desolation, then paying it off with a grandstand, albeit in a small way, finale. Still, it’s quite impressive for a film which lasts barely an hour, credits to credits, to have far too much slack; somehow Monahan pulls it off. Well done, I guess. And the hunt for the other Wonder Valley continues.