Not the first kung-fu pic I’ve seen involving aliens, and certainly not the best either. Way back in 1986, Cynthia Rothrock and Richard Norton made The Magic Crystal, of which I have very fond memories. This has an interesting idea, and the initial execution isn’t too bad, it seems that the makers haven’t got any good ideas about how to develop it. As a result, the story stagnates, particularly in the second half, with a conclusion which is particularly flat. 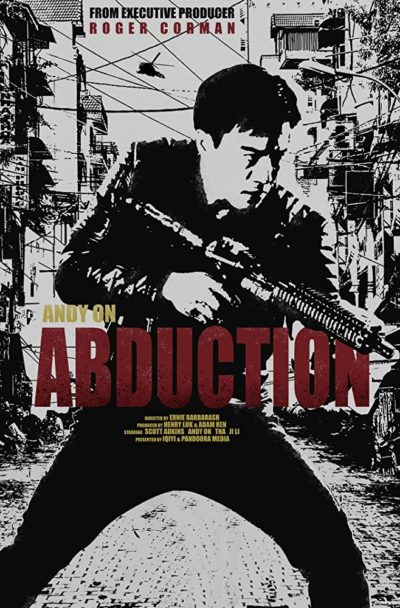 It begins well enough, with Quinn (Adkins) trying to rescue his daughter, abducted by a group of aliens from another dimension; the fight ends with him being spat out into a Vietnamese water fountain, to find over thirty years have passed. Meanwhile, Conner (On), is in similar territory, his wife having been abducted, the result of a shady deal between his employers and the aliens. With the help of psychiatrist, Anna Pham (Anh), Quinn and Connor find out they have the same enemy, teaming up to take them on, and try to rescue their loved ones. Impeding their quest, are the aliens’ minions: humans who have been implanted with a spider-like control device. Which, it appears, also makes them crazy good at martial arts. Good job our heroes are, too. What are the odds?

This starts strongly, with the viewer being largely thrown in at the deep end. We figure out what’s going on alongside Quinn, who has largely lost his memory by the time he shows up in Ho Chi Minh City. The concept of an alien race having given humanity feng shui, is an interesting one, which could have merited further exploration. However, the aliens are both simultaneously superpowered and remarkably easy to defeat. If ever I become an evil alien overlord, my minions will not be able to be beaten, simply by removing a loosely attached control device from an easily accessible location on the back of their neck… Their lair also resembles the low-rent district in a Victorian slum; if that’s what the fifth through eighth dimensions look like, you can keep them.

The action isn’t bad, and Adkins does a good job with his role, stuttering his way to our sympathies. However, the film’s focus being split between Quinn and Connor is problematic, and I can’t help thinking it would have been better to stick with one or the other – having Quinn adapt to the changes between 1985 and 2018, could have been a source of entertainment, for example. As is, it’s never mentioned: he doesn’t notice, which seems odd, even allowing for the difference between England and Vietnam. You do get to see him sporting possibly the loudest jacket ever made. The set pieces from both men are solid, as you’d imagine, though quite why a distraught British father has these mad skills is never addressed. Like so much else here, you feel it would have benefited from more thought beyond “Let’s have Adkins and On fighting.”