Back in 2002, the director (as “Kaos”) made the worst-reviewed film in Rotten Tomatoes history. Ballistic: Ecks vs. Sever is 0% fresh after 118 reviews. I didn’t think it was that bad, but unsurprisingly, he went back to his native Thailand after that, which is where we find him. Despite some scathing reviews on IMDb, this is not so terrible eutger. Though it’s not the all-out action flick you’d perhaps expect from veteran Dacascos, whose career took a sharp uptick recently, with his appearance in John Wick: Chapter 3 – Parabellum. And while it’s a film set in the zombie apocalypse, it’s closer in tone and content to Zombieland than World War Z. 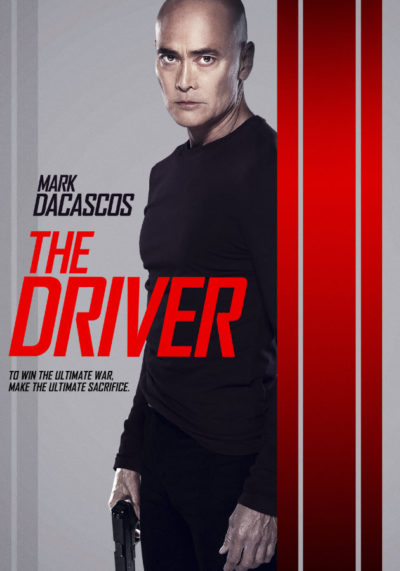 It begins with the un-named title character (M. Dacascos) driving out in the Thai countryside with his pal Joe (Stutes), dragging a young man out of the boot, and abandoning him to the zombies. The victim had been caught stealing from the community which is their sanctuary, and enforcing the harsh punishment for such transgressions is the Driver’s responsibility. However, Joe betrays the survivors soon after, forcing the Driver on the road with his daughter, Bree (N. Dacascos, Mark’s actual daughter). The aim is to head for a placed called Haven, about which the Driver has heard tales, even if its existence is uncertain. Bree, meanwhile, has led a sheltered life, and needs to be taught the harsh realities of life in the real world, and how to survive.

Some parts of this are quite effective. While Noelani is short on acting experience, the real father-daughter relationship she shares with Mark is apparent, minimizing the impact of that. Her awkwardness comes through more in the scenes with Bree’s screen mother (Condra, who played opposite Dacascos a quarter-century ago, in Crying Freeman). Otherwise though, it’s an angle I’d like to have seen explored more, seeing the world through Bree’s eyes as she becomes more informed about those harsh realities. There’s a plot thread which imposes an urgency to her education, though it is very much one of the cliches found in the zombie genre.

There wasn’t a lot of money spent here – the budget was only about $1.3 million, and that only goes so far, even in Thailand. This is most apparent in the zombies, which are few and not particularly convincing. There’s also no consistency as to whether they are the fast or slow kind: I mean, it is so hard to pick a flavour and stick with it? The shakiness in this area may explain why it feels like the film is borderline embarrassed by them, almost hurrying them on and off screen. It’s probably for the best, since it’s no great shakes as a zombie film, with little to offer that is new, or not done better elsewhere. As a post-apocalyptic exercise in family bonding, however, it works better. It has, at least, improved on Ecks vs. Sever, having logged a positive critical review on Rotten Tomatoes. So, there’s that…