There’s a Netflix series, The Movies That Made Us, which takes a look at the process that brought various “classic” movies to the screen. It’s a breezy bit of warm-hearted nostalgia, and can be fun when it’s looking at movies about which you feeling similarly warm-hearted and nostalgic. One of the episodes looked at Ghostbusters, and if that 40 minute overview left you jonesing for more about the eighties comedy, this documentary should hit the spot. It’s a similar combination of interviews and archive footage, detailing the journey from Aykroyd’s original concept to the surprise hit of 1984. But coming in at a chunky 127 minutes, this has the scope to go into considerably more depth. 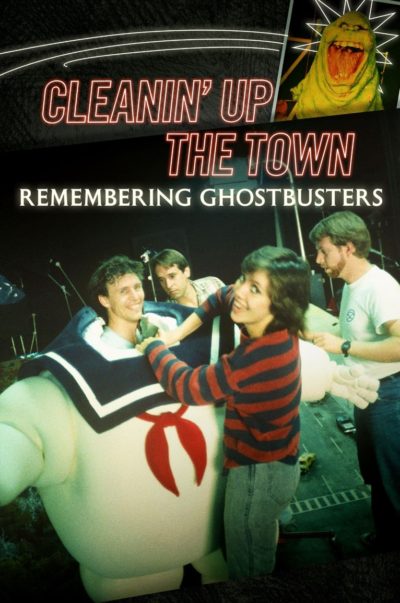 With one notable exception, the makers have done a good job of getting people to speak about the film, and just about everyone has something relevant to say. For example, I wasn’t aware that Aykroyd’s inspiration originally came from within his own family, with his great-grandfather being a spiritualist who reviewed psychic performances; he clearly knows his paranormal stuff. But the first version was radically different from what eventually transpired: more like Ghostbreaking Janitors in Space, and I found it particularly interesting to hear about the way things were hammered into place from there. Even the lesser-known names offer amusing anecdotes, such as the actors who played the college students in Peter Venkman’s psychic experiment at the beginning.

I was a little less fond of the more technical aspects: I’m not an enormous fan of seeing how the sausage gets made, preferring to try and preserve the magic of cinema. But if that’s your thing, there’s a lot to chew over, and this does offer still some amusing nuggets, such as the scene in which Slimer was played by a green-painted peanut. The obvious absence, however, is the absence of any contemporary footage of Bill Murray – I’m going to presume he simply declined to take part. That’s not the film-makers’ fault, for sure, but it is still their problem. Instead, we have people talking about Murray, and reading between the lines, he seems perhaps not to have been the easiest person to work with.

This is clearly made with love and affection, and everyone involved has little but good to say; Sigourney Weaver, for some reason, seems particularly effusive in her recollections. So if you’re expecting unbiased critique, this won’t be for you. It feels like a throwback to the days of DVD commentaries, where you’d watch a film, then immediately watch it again as the makers talked about it. In these streaming days, I miss that kind of bonus feature. What you get out of this, is potentially going to reflect what you feel about the movie. I like it, but Ghostbusters is not a film I’d include in my list of desert island flicks. Give me a two-hour documentary about, say, Shaun of the Dead, and I’d be all over that. For a GhostHead though, this has to be considered a must-watch.

[The film is out in theatres now, and will be available on demand, October 6th]