This is probably the most realistic depiction ever, of how a zombie apocalypse would start. We will all continue about our everyday lives – going to work, dealing with relationship drama, playing video-games – until it’s far too late to do anything. Though Shaun is badly dated in one way: these days, there would be far more updating of social media. Hell, we never even see the hero check his Facebook page once. What is this supposed to be, 2004 or something?

There’s a brief foreshadowing of things to come, in the shot of shuffling creatures, mindlessly gazing at their phones. That’s something which has become pandemic in the modern world – perhaps the true zombie apocalypse. Otherwise, it’s striking how much things have changed, technologically speaking, in 14 years. People with cellphones use them only to discuss drug deals. Most startlingly of all, Shaun and his house-mates have a land-line and an answering machine. And he’s a guy who works in an electronics store. [Speaking of what has changed: Rafe Spall, who plays Shaun’s bratty teenage underling at Foree Electric, is all grown-up and appearing in one of 2018’s biggest blockbusters] 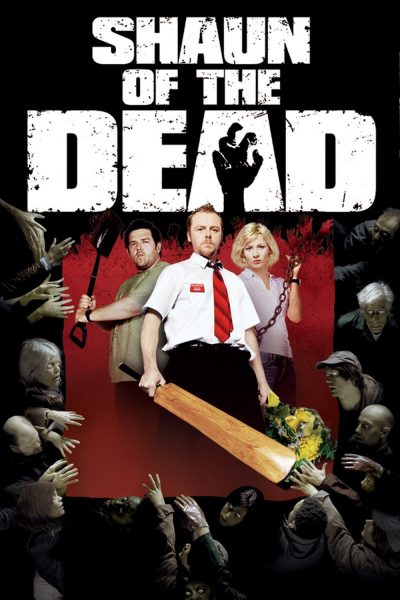 Similarly, the entire pub culture the film depicts is something which feels alien to the current me. Oh, I still enjoy a beer, but if I am in a bar, it’ll be before or after something else, like a baseball game. The concept of “going to the pub” would be very strange these days. This is largely the result of practical necessity. When I lived in London, there were three pubs within, literally, three minutes’ walk of my house. Now, the nearest place that serves alcohol is probably 20+ minutes away, and that’s a pizza restaurant with a license. Especially in summer, when temperatures surpass 40 C on a daily basis for about four months straight, getting anywhere in Phoenix all but requires driving. Driving and drinking are a bad combination.

There are plenty of other aspects to the film which made sense to my London self, and now generate only a strangely vague sense of nostalgia, as I approach my 18th year in Arizona. Popping to the corner shop. Commuting to work using public transport. Going on holiday to Greece. Having house-mates. Walking places. While I remember all these things, they have now been consigned to the “I used to do that!” corner of history.  The same is perhaps true for zombies as a whole. Remember when the living dead were fashionable? Shaun was right there at the beginning of the new wave of shambling horror, alongside the Dawn of the Dead remake, surfing the pop culture wave which, I’d say, peaked at early The Walking Dead, and gave out its final death rattle with World War Z in 2013. [TWD, like a zombie itself, continues to stagger on, bereft of life and intelligence, a feeble husk of its former self]

Oh, you wanted to read about the film? Been there, done that. The trio of Wright, Penn and Frost would go on to make Hot Fuzz and The World’s End, arguably more polished work. Yet I’d argue neither are as perfect a combination of horror and comedy as Shaun of the Dead. There is not a wasted line or moment in the entire film, and I can only repeat what I said previously: “Best zombie film ever? Absolutely. Best horror-comedy ever? Probably. Best film ever? Quite conceivably.”