The story behind this is more interesting than the film itself. The production was apparently being financed by Tartan, but they yanked their contribution after being told by the BBFC, on viewing a rough cut, that an 18 certificate was very unlikely to happen. This left creator Brady with the film, but he persevered, approaching then notorious chief censor, BBFC director James Ferman. This went as well as you’d expect, given part of his motivation in making it was to “attack the BBFC’s censorship of screen violence”. Brady received a two-page letter from Ferman, explaining exactly why the film would not be granted a certificate for home viewing (the only possible route to Brady recovering his costs).

“This video focuses unrelentingly on the process of torture, mental as well as physical, including mutilation, sexual violation and evisceration, all in full view of the camera.” 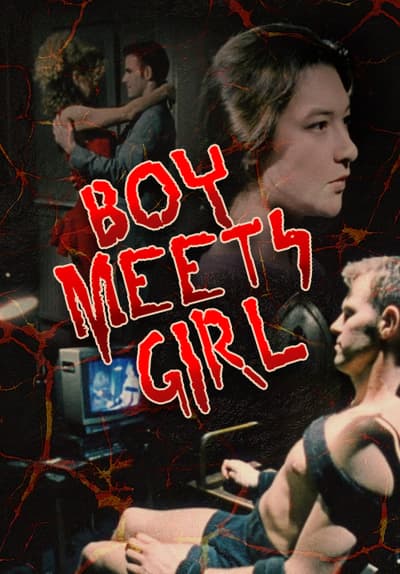 As I frequently say: well, I wouldn’t have said it was that good. Ferman retired in 1999, taking many of his old-school rules with him e.g. the blanket ban on the use of nunchakus. Many previously rejected films were submitted successfully to Ferman’s more lenient successor, Robin Duval, and Boy Meets Girl was among them. In September 2001, just over six years after its initial rejection for a video certificate, the film was passed uncut. Society shrugged its collective shoulders, and inexplicably failed to collapse, “sexual violence and evisceration” or not.

However, this brings us to the other rule of “banned” movies. Most of them are a bit shit, and Boy Meets Girl is no exception. Despite some decent performances, it is far too chatty, filled with pretentious elements and, ultimately,  boring. The yawning chasm in quality between this and, say, Audition, which covers similar territory of female on male violence to far greater impact, could hardly be more profound. It opens with that quote from Nietzsche – you know, the one about the abyss – so the cringe is strong early in this one. There’s then a brief prologue in which Tevin (Poole) Meets Anne Marie (Steinberg) in a bar, and goes home with her. [Fun fact: among the background extras there is future Fifty Shades of Grey director, Sam Taylor-Johnson] One drugged drink later, he wakes to find himself strapped to a dentist’s chair in her basement. Never a good sign.

The remainder of the 94-minute running-time is filled with unconvincing conversations between Tevin and his captors. For, it turns out, there are two, with Julia (Sanderson, in her only IMDb credit) replacing Anne Marie in the middle, for no well-explained reason. There is some light torture – no-one who has seen Guinea Pig: Flower of Flesh and Blood is going to be impressed. But it’s mostly chat, and the whole script feels like a bad bit of fringe theatre. These aren’t two people talking to each other; they’re talking at each other, or at best, past each other. Occasionally, one of the speeches will make an impression, and Sanderson does her best to sell them. Yet they never become more than speeches, and any point is lost in the dull pontificating.

If I’d been Jim Ferman, I’d not have bothered writing two pages of explanation. I’d have sent back a Post-It note with the word “No” on it, and moved on.