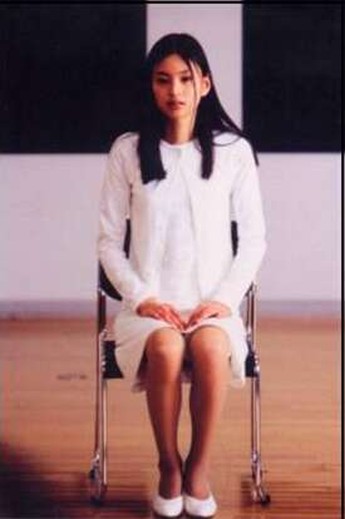 Based on a novel by Ryu Murukami, this is nowhere near as lurid, as most of Miike’s other works; you spend much of this film waiting for the other shoe to drop. Lonely widower Aoyama (Ishibashi) fakes movie auditions, looking for a new wife; he finds Asami (Shiina), who seems ideal – to Aoyama at least, everyone else in the film and audience will be hearing alarm bells, very early on. Arooga! Arooga! Psychotic Japanese Bitch Alert! That’s what I mean about waiting for the other shoe; you know it’s all going to go horribly wrong. And, boy, it does, in spades.

This is established pretty early on, so your attention may drift, though Miike pushes the jigsaw pieces around, and manages one stunningly creepy moment (you’ll know it when you see it), that affected my neck hair in the same way as the TV sequence in Ring. The two leads are both excellent, Aoyoma is played as a decent old man, just very lonely, while Asami maintains her little-girl air, even when doing unmentionable things with needles, butchery wire and drugs. The finale plays with being a cheap cop-out, before pulling back, though oddly, I would have willingly forgiven its trespasses, and the “true” ending isn’t perhaps as effective. But for a squirm-inducing depiction of the horror than can lurk behind the most innocent facade, this hits all the appropriate buttons with force. Unsettling is definitely the word.