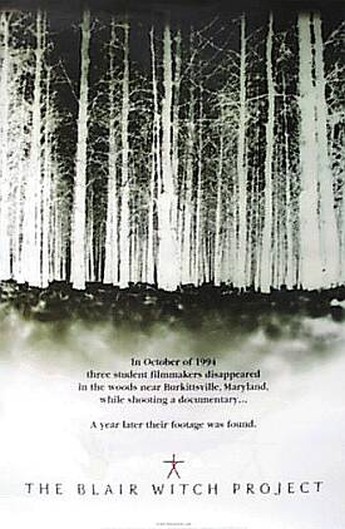 Anyone remember Ghostwatch? Produced by the BBC, and written by Stephen Volk (who also did Gothic), this pseudo-documentary about paranormal activity caused a furore when it came out, because some gullible idiots took it as real. Fast-forward most of the 90’s, and BWP does much the same thing, except with crappier camerawork and no Sarah Greene. BWP, however, is on a $100m-plus roll, while Ghostwatch is buried in the BBC archive, and not likely to be seen again. This seems somewhat unfair, for let’s make it perfectly clear: despite a couple of moderately hair-raising fragments, anyone who finds this the scariest film ever made needs to get out a lot more. Preferably to a nearby forest.

The problem is that the concept is way superior to the execution. The makers have clearly put a lot of effort into coming up with an idea which lessens the impact of the usual bugbears of micro-budget films i.e. dodgy camerawork, poor FX and laughable acting. They’ve created a whole back story, very little of which makes it into the film – the book fills in a lot of the details and is probably a near-essential companion, before or after seeing the movie. However, while you may spend much of the time covering your eyes, that will solely be because large chunks of it look as if they were shot by a baboon with Parkinson’s. Less steady- than wobbly-cam, those with the slightest inclination to motion sickness may find themselves acquiring a detailed knowledge of the next seat. The startling resemblance to a home video shot by your mother makes this the Blurry Glitch Project. 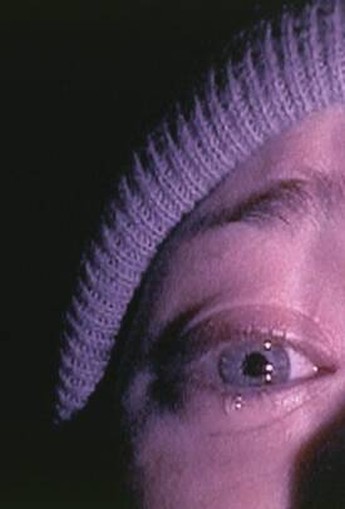 It could be excused on the ground of utter realism, except the central conceit is, on the same terms, simply ludicrous. The film-makers go to their deaths, cameras firmly clutched to their eyes, long beyond the point where anyone would have dropped the camera and legged it. Only a feeble attempt is made to justify this, despite it being crucial to the film’s premise. The documentary, in contrast to the book, also has no room to present us with any background on the characters, leaving them cyphers at best. Heather is worse still, whinily petulant, and I was hard pressed not to root for the witch.

With its reliance on threat rather than gore, BWP has been touted as a masterpiece, yet is it really superior to, say, the raw horror of The Evil Dead? Especially since one wonders how much this restraint was down purely to budgetary constraints. Admittedly, odd sequences work beautifully; the tale of Coffin Rock is eerie enough to be told straight, while a toddler tries to silence its mother’s every mention of the Blair Witch. Spooky moments such as these provide a frisson, but given the amount of footage shot are unsurprising. Generally… well, you do improv, you don’t expect Shakespeare. I’ve seen worse, for a lot more money, so on a per-dollar basis, it deserves praise, albeit maybe more for extremely savvy marketing (I’ve got my Blair Witch fridge magnet) than any intrinsic qualities. Perhaps the scariest thing is the inevitable flood of imitations it’ll provoke, the vast majority of which will lack anything like as good an idea at the core. Now, that is frightening…