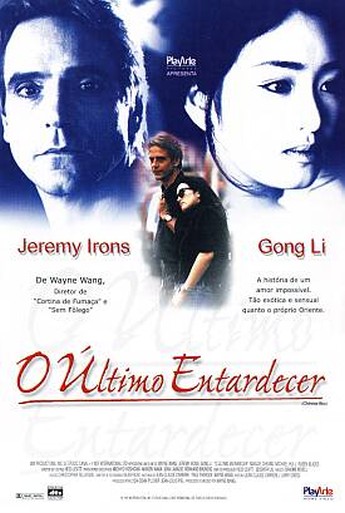 The film’s title is, I think, supposed to reflect the impenetrability of Hong Kong, but is just as apt for the movie itself, which isn’t exactly overflowing with sympathetic characters. We have Irons as a terminally-ill writer chronicling the handover of HK to China, while Gong Li and Maggie Cheung play women who cross his path. The end result is about as downbeat as it sounds, though Irons and Cheung are powerful characters (Li never becomes more than a cypher). I suspect Irons is supposed to represent the dying colonial power; Cheung is Hong Kong, jilted by her British boyfriend and now forced to scratch out a living however she can; and Li is China, trying to remain aloof, but increasingly having to prostitute herself. As a result of this unsubtle allegory, while it does give some insight into the geopolitics, it ultimately fails to say anything about Hong Kong’s inhabitants.