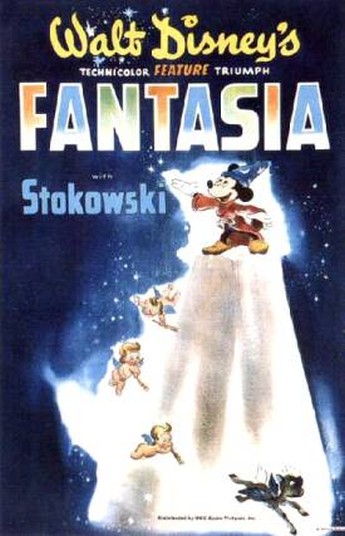 [9] 50 years old, and wearing well, despite, or maybe because of astonishing naivety: it takes a while to work out why the male centaurs look odd, then you realise they’ve no nipples or belly-buttons, leaving their bodies totally blank. At least the females have breasts, albeit nippleless ones. And while the animation is less detailed than in later pictures it’s still easily as good as anything produced these days. The sequences either tell a story (The Sorceror’s Apprentice is the best known) or are more or less abstract sequences of pretty pictures, such as for Bach’s Toccata – restful to the point of soporific, so it’s a good job there aren’t many of them. Advertised as “the ultimate trip”, there wasn’t a kid in sight when I saw it and if it won’t replace LSD, it’s more mind-expanding than My Little Pony. Mostly towards the upper end of the rating above.