I had to laugh at the end of this. Not because of the film, which is rather too angst-ridden to be the “horror comedy” it alleges. But because I realized I had, unknown to me at the time, accidentally written a huge spoiler for this just last week, discussing job cliches in horror films. What are the odds? Beyond that, this represents another exhibit in my ongoing campaign to stop people from writing, directing and starring in their own films. In this case, it’s the final element which is problematic. Cummings delivers an unpleasantly egotistical portrayal that largely negates whatever positive aspects he brings to the table, wearing his other two hats. 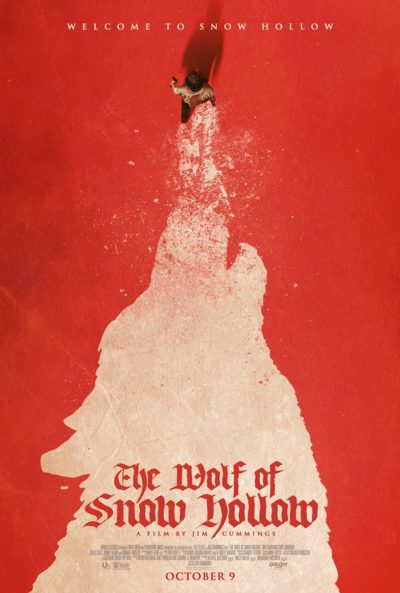 It takes place in the small Utah mountain community of Snow Hollow, where a visiting woman is brutally slain. Wolf tracks are found around the body – though of a size more appropriate for a bear. Human? Animal? Or some more mythical creature? Local policeman John Marshall (Cummings) leads the investigation, while simultaneously having to cope with his ailing father (Forster) – still the town sheriff, though he should really quit – as well as barely-controlled alcoholism, a shrewish estranged wife and a teenage daughter with teenage issues. If you think this might all result in less a performance than a protracted series of scenes in which John yells at his family, friends and co-workers, you’d be right.

There’s no doubt it’s completely intentional. But the rule of diminishing returns rapidly kicks in for the audience, because the more a character shouts, the less attention you pay to them. It’s not long before you’re tuning John out entirely, and since he’s the central character (thank to Jim the writer giving Jim the actor the biggest role), it’s a problem. It’s also a shame, as the rest of the film has quite a few laudable elements. The less aggrandized roles are considerably more interesting, in a Coen brothers way, such as his father, or fellow detective Julia Robson (Lindholme). This could have worked as a small-town character study, with the cops forced out of their comfort zone by events far beyond their experience.

The clunky bolting on of an obvious Agenda doesn’t help, beginning with an opening scene which seemed more like a candidate for /r/thathappened than anything. We men are the real monsters, guys! It’s all so clear to me now! Uh, I really need to establish a sarcasm font or something. Anyway, you’re probably best off muting the sound and watching the pretty pictures. For this is nicely photographed, and the Utah scenery – specifically, in and around Kamas – makes up want to up stakes and move there. Well, right up until I checked the property prices, anyway. The wolf effects, while sparingly used, are quite effective, and add to the sense of there being a good movie in here somewhere. It just struggles to get out from under the weight of Cummings’s massive ego, that crushes everything in its path, a result of his truly dreadful performance.