The “psycho room-mate” subgenre is not a difficult one to pull off.

That’s it. Whether Apartment Zero or Single White Female, we’re discussing something which is not much more complex than a Lifetime TVM. How can you go wrong? Here’s Steen-Nokleberg to show us. For it has been a long time since I have seen such a relentlessly stupid movie. The heroine here acts in ways that make no sense to any normal human, yet are essential, in order for the film to proceed. The film could have been populated entirely by cats, and their behavour would probably have made more sense. 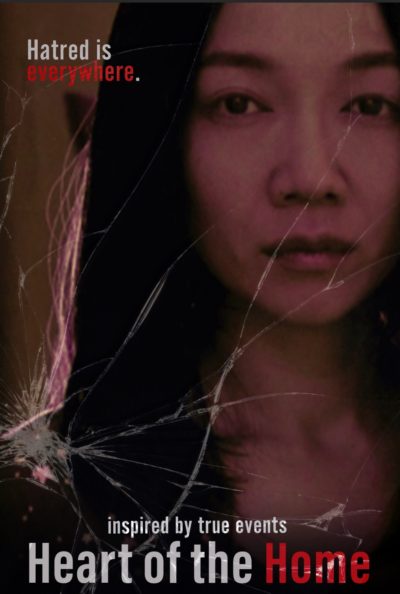 The problem is mostly that Miko (Ando) is clearly a psycho, right from her first scene, so there is zero escalation. In the interview with existing housemates Natalie (Steen-Nokleberg) and Kimiko (Takase), there are more red flags than a May Day parade in Beijing. I mean, she makes wigs from human hair, to start with. Now, I’m sure in real life wig-makers are very nice people. But in horror movies, it ranks alongside…oh, I dunno, taxidermy as the chosen profession of psychos. Yet they welcome her in, and lo, mere minutes pass before they begin regretting the decision. She’s dictating terms, sending passive aggressive texts and being a total bitch.

What’s that? “Sorry, it’s not working out. You need to find somewhere else”? Yes, that’s what you, I, or anyone whose count of functioning brain cells passes two would do. I mean, it’s not as if Miko is on the lease. In fact, she seems to be entirely a non-person. The letting agent doesn’t even bother asking for ID, so it shouldn’t be a surprise the background check draws a blank. [Red flags… Red flags everywhere…] Pets vanish. Other residents vanish. Natalie, however, just bitches to her friends as things keep escalating, until the inevitable threat becomes up close and personal. Stupid, STUPID girl. And nobody else, from Miko to the cops who show up at the end, is any better.

Not helping matters, the film is entirely in English, even though two-thirds of the leads are Japanese, for reasons that escape me, and the other is Norwegian. Nobody is speaking their native tongue and, to be blunt, you can tell. Line delivery is often stilted and conversations rarely come of as sounding natural. It wasn’t until after watching that I discovered Palmieri – whose name is mis-spelled in the credits – also directed Witchcraft XIV, XV and XVI. Things make a lot more sense now. Based on Steen-Nokleberg’s experience with a Psycho Japanese Bitch room-mate, I can at least relate, having had my own PJB for a while. There are stories…

While all credit is due for making her own damn movie, I suspect she bit off more than she can chew. As well as performing the main role, among her listings in the end titles are: co-writer, story by, art director/set director, script supervisor, location manager, props, wardrobe, casting director, accountant, and even craft service & catering. Look, I know on low-budget films, people often have to wear many hats. But that doesn’t mean you have to take credit for buying a Subway platter or whatever. Putting your own name in as producer and executive producer just seems like self-aggrandisement.