Di Novi has a long record as a producer, working on some great films, including Heathers and The Nightmare Before Christmas,  but this is her debut as a director. Bit of a surprise, therefore, that this is no more than competently forgettable. It’s a Lifetime TV movie in content, lifted somewhat above that genre by better performances than are normally found there. 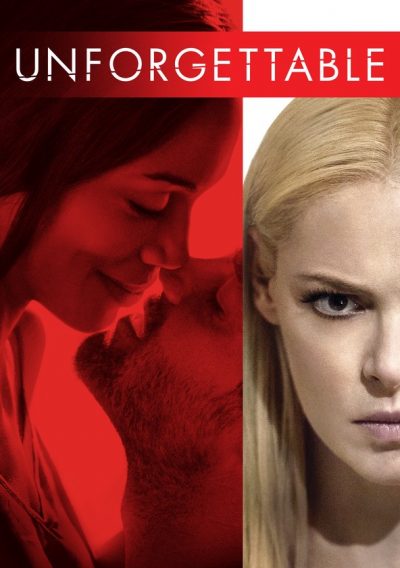 Julia Banks (Dawson) has a good life, sharing a house with her fiancé, David Connover (Stults), who has joint custody of daughter Lily with his ex-wife, Tessa (Heigl). Tessa hasn’t quite moved on, and soon makes it clear that Julia is not a suitable replacement. Keying in on previous boyfriend Michael Vargas (Kassianides), a stalker against whom Julia has an expired restraining order, Tessa sets up a fake Facebook for Julia, and invites Michael back into her life. This leads to what we see at the very beginning of the film: Julia being grilled by the cops for the murder of Michael. Things go kinda downhill for her from there. The picture, top, should give you a clue.

There are few surprises to be found in the story here. As soon as we see Tessa, it’s clear where this is going to go, not least because she has her hair in the style only ever worn by mentally-unhinged ex-wives, which should probably be called “Psycho Blonde.” She consequently runs rings around her rival, whether it’s Tessa flinging herself down the stairs and blaming Julia, or getting David to blame his fiancée for temporarily misplacing Lily. Of course, when necessary to the plot, all her smarts immediately go out the window. Before you can say, “Why didn’t Julia renew the restraining order?”, Tessa has staggered from one poor decision to the next, eventually succumbing to a heart attack triggered by her guilty conscience.

Okay, not quite: yet the actual climax offered is hardly any less ridiculous. Still, once I lowered my expectations appropriately, and accepted this was going to be a warmed-over collection of leftovers, largely borrowed from previous films, I quite enjoyed it. Heigl, in particular, gives her performance the right pitch, right around Overly Attached Girlfriend level. It’s clear to any viewer she’s barking mad, yet none of the characters seem to notice. [Bonus point for the presence of Cheryl Ladd as Tessa’s mother; the bruised apple hasn’t fallen far from the tree] In contrast, Dawson is blandly generic, though does offer a credibly sympathetic character. That’s more than Stults brings to the table, playing a strong, sensitive type (TM) – an ex-stockbroker now trying to start a craft brewery. All that’s missing is a man-bun.

There are some guilty pleasures to be had here. But until things between Tessa and Julia get physical, these are no more than light amusement. This seems content to tip-toe around the edge of the muddy pond it depicts, when it should probably be diving into the much, for a good wallow.