Described on the poster as a “neo-Western”, that’s a fairly accurate assessment. While the setting is contemporary, you could easily imagine much of this taking place a hundred years earlier. There’s nods to the spaghetti flavour of the genre, too, with a nameless drifter of uncertain morality. But, especially early, it is fairly uncompromising in its Arizona identity. So. Many. Saguaros… Indeed, this was partly shot in Safford and Tucson, but the bulk of it was filmed on a 400-acre stretch of land in Klondyke, and is unashamedly rural. In its heroine, if certainly nails the fiercely independent spirit of Arizonans. But that’s getting a bit ahead of itself. 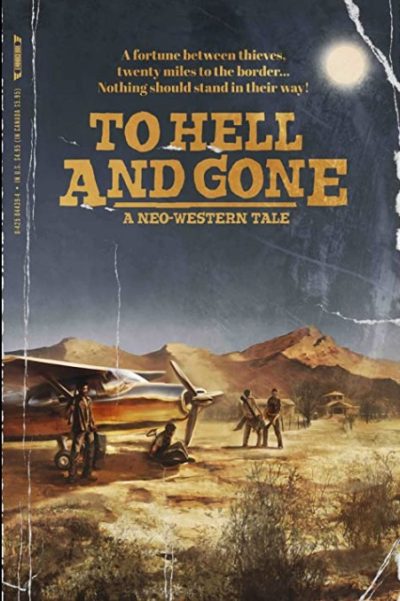 It begins with a robbery of rare books that goes severely pear-shaped, with one perpetrator injured, and the getaway vehicle wrecked. Plan B, involving hijacking a small plane to head for Mexico, is little more successful. The gang, led by Leduc (Marshall) and Eungard (Morgan), are forced to land short of the border, on a ranch owned by Eden Magness (Watts). They hole up there, taking Eden and their pilot hostage, while they figure out what to do next. There’s dissension in the ranks, not least about how to handle the wounded colleague, and also a wild card in play. For a drifter with no name (Cavender) had stowed away in Eden’s pick-up, and observes the arrival of the robbers, who are unaware of his presence. Will he be able to free the captives? Or will he simply decide to go into business for himself, swipe the loot and high-tail it out of there?

I think the main issue here is a set-up which feels like it’s going to be Die Hard on a ranch – not dissimilar, perhaps, to Close Range – then doesn’t deliver. The drifter is nicely set up as a character of contradictions. In a diner, he defends a woman against abuse from her partner, yet then bilks the establishment out of the bill, with a pre-prepared dead fly. Yet once he arrives on the ranch, and things kick off, he becomes very passive. Not helping in this regard is Watts’s fine performance, which helps steal focus. It’s as if, in Die Hard, Holly McClane had been more interesting than her husband.

On the other hand, Watts helps sustain the movie over some fairly slow patches in the middle, where the pacing could have been bumped up. In general, the performances are good enough to counter what could have become a rather static set-up and execution. There are moments where character motivation could perhaps have used a bit more exposition. However, any time it felt like my interest was about to flag, the writers seemed to read my mind, and the plot would be kick-started forward some more. As a result, it did a decent enough job of holding my attention, and for a debut feature from Moore (his IMDb credits seems mostly as an editor on shorts), is definitely better than some Arizona films I’ve endured.