Difficult though it is to remember, there was a point where Amber Heard had a small but promising career as an actress, rather than being known as a psycho bed-shitter [How mad do you have to be to make Johnny Depp look like the sane one in the relationship?] This would be one entry in her filmography, a remake of the 1970 movie by the same name. Unfortunately, it proves Heard has a track-record in the production of turds. Where the original had success with an air of understated, quiet menace, this abandons any subtlety, opening right away with a sequence of torture porn. I guess that’s forty years of cinematic progress for you.

Like the original, it’s about two young women on a cycling holiday – the location here shifted from France to Argentina. One vanishes, and the other has to try and find her, negotiating being a stranger in a strange land, with help and hindrance from others. But there are a few changes. The abductee in this case is Ellie (Annable), and to quote Chris, “Whatever happens, she deserves it.” She’s not wrong. I mean: swanning into a village bar, rebooting the juke-box in order to play the Divinyls I Touch Myself (why does a remote Argentinian dive even have a 20-year-old Australian song?), for your slinky dance, then flinging yourself at customers until one takes you up on it? There’s asking for it; then there’s positively begging for it. Act like a whore and they’ll treat you as an equal, to misquote a SubGenius proverb. 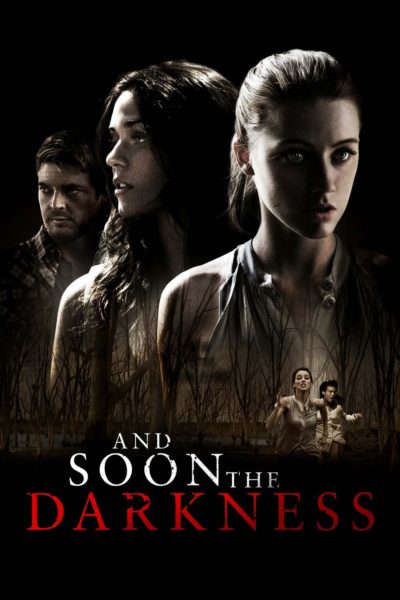 The xenophobia is strong in this one too. In the original, the non-abductee was helped by a detective from Paris, though part of the suspense is uncertainty about his true motives. Here, there’s no such character: every Latino is either bad, or at best, utterly indifferent to the plight of Stephanie (Heard). The help instead comes in the form of another American, Michael (Urban), whose girlfriend had previously vanished in the area. There’s about three minutes of uncertainty there, before everything is cleared up. Instead, we get more idiotic behaviour, from all sides, before a finale reaching new depths of ludicrousnessocity, before falling completely flat.

To be fair, Heard’s performance is not the worst thing about this. Stephanie does come over as reasonably sensible – except this begs the question, why is she hanging out with an ultraskank like Ellie, whose brains are all in her twat? No, the problems here are in the truly dreadful script. The approach taken seems to have been to analyze carefully what worked in the original, then do the exact opposite. There’s not even any particular sense of place to be found: this could be any location where they no speaka de Inglish goot, and have an insatiable market for slutty white women. I’ll let you come up with your own punchline to that set-up yourself. I’ve reached my quota of potentially offensive comments already.