I’m not sure if this is a horror movie with aspirations to being a relationship drama, or a relationship drama which thinks it’s a horror movie. Regardless, while not quite managing to pull off the unusual combination, it’s likely better than that sounds. Amanda (Hartman) and Jack (Zembrod) move to the country to try and start fresh, after a tragedy took the life of their little girl, Sarah (Solsbery). That hit Amanda really hard – in contrast, Jack seems almost curiously unbothered. Neither therapy nor medication seem to be helping her, hence the change of scenery. It isn’t long though, before she is being plagued by visions of the dead daughter roaming the house. Not helping Amanda’s mental stability is her husband’s eye, which seems to be wandering – not for the first time – with Jack’s latest target apparently being friendly neighbour, Dawn (Willis). 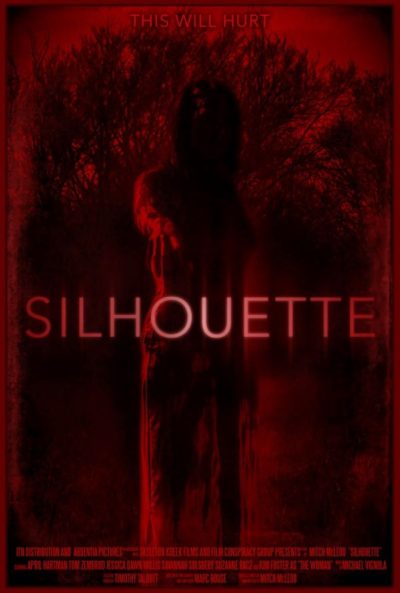 Even at the end, it’s never clear quite how much of what Amanda experiences is paranormal activity, and how much is her disintegrating sanity. There are things which the audience sees that she doesn’t, such as a figure walking across a doorway behind her, which does suggest an objective reality to some elements. Yet other elements are, frankly, batshit crazy with a capital B, and can only be considered the products of a highly-deranged imagination. There, I have to say, given a budget reported at only $25K, McLeod and his crew did a remarkable job on the visual side, creating some effective, creepy visuals – albeit perhaps occasionally sunk too far into darkness. If you ever wondered what losing your mind is like, the red-tinted nightmare depicted here is disturbingly plausible, and it’s not a place in which you’ll want to spend much time.

Less successful, to be honest, is the relationship drama, though that may partly be me simply not being a fan of relationship drama. The film is already quite long, approaching two hours, and it might have been better to excise the entire sub-plot involving Jack and Dawn entirely. If the question of her husband’s infidelity had been left uncertain – in the same way whether or not Amanda is seeing her dead daughter – that could have worked better. It certainly would have allowed us to avoid a generally pointless, lengthy scene in a bar, an easy way to save 45 minutes of running-time. Or maybe it just seems that way.

Fortunately, the story then recovers and ends strong, with a blood-drenched finale which leaves no room for doubt about the film’s genre. It also provides a particularly repellent twist, which is enough to make you reconsider everything which had led up to that point, as well as see Amanda and her mental state in an entirely new light. Much like The Dinner Party, this is a case where a fairly generic title and description might cause you to skim over this while browsing on Amazon Prime or Tubi. Yet you could do considerably worse than this, with its strong central performance and visual style.