Well, this certainly starts off with a bang. Specifically, of the nuclear variety: a family’s beach vacation being rudely interrupted by the appearance of a mushroom cloud on the horizon (above). But before you can wonder why you are hearing the explosion at the same time you see it, we fast forward close to two years, into the post-apocalyptic wasteland. Father Sam (Roggé), Mother Kate (DeMille) and daughter Suzy (Blanco) are making their way through a landscape that… well, let’s be honest, looks almost identical to the pre-apocalypse one, the small budget being what it is. With supplies running low, they are pleased to encounter a solo survivor, Joe (Lloveras), who bears a map he says will lead them to a veritable cornucopia of resources. They team up, only for Joe not to be quite what he seems. Kate wakes up one morning to find herself alone, Joe having absconded with Suzy. Was it voluntary or more of an abduction? It’s up to Kate to track them, meeting quite the array of weirdoes as she makes her way though this new world. 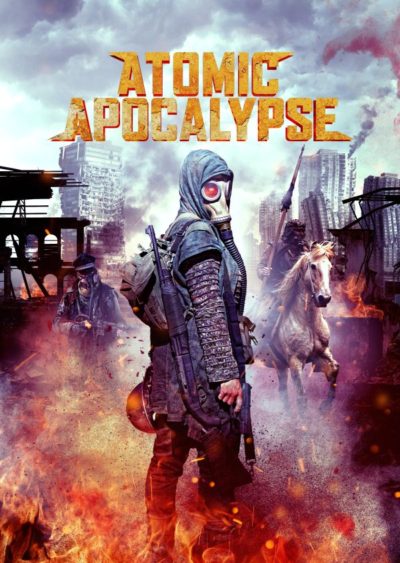 After an interesting opening, this runs out of steam completely in the middle portion. Despite setting up a potentially interesting Kate versus Joe narrative, the story then abandons it entirely for close to an hour. Instead, we get Kate bumping into those unusual characters, though none move the narrative forward more than fractionally, if at all. For example, even before the family splits up, they encounter a religious cult – led, bizarrely, by Martin Scorsese’s daughter – that are dragging a giant ladder across country, towards a distant mountain-top, in order to get closer to God. Yes, and their point is? Then there’s the forest ranger Kate encounters, driven mad by isolation. Or DJ Apocalypso and his non-stop end of the world party. All very well, but each pointless distraction provoked an urge to grab Kate by the shoulders and yell, “YOUR DAUGHTER IS MISSING!!!” at her. Mind you, given the remarkably low-drama way in which they are re-united, I Am Kate’s Complete Lack Of Concern proves justified.

It’s always going to be a problem generating a credible post-apocalyptic setting on a small budget. That just means an aspiring film-maker has to try harder in other areas, such as script and characters. Gooch seems to have the latter aspect at least somewhat in hand, and some of the concepts above have potential. He just has no idea, with his writer’s hat on, of how to assemble the pieces into the necessary plot. For instance, this is a world supposedly poisoned by patches of lethal radiation, yet the characters happily drink unfiltered stream water? Not helping matters, a running time of 108 minutes, when the actual material here would be a stretch to last seventy. Some general solid technical elements, and the picturesque landscape in the background, don’t make up for the paucity of content at the core.