This is an almost entirely shameless copy of Hellraiser, made in Indonesia about two years after Clive Barker’s horror classic was released. And by “copy”, I don’t just mean in general concept. We’re talking story structure, and right down to specific scenes. Hell, the bootleg version floating around which we watched, actually subtitles it directly with dialogue taken from the original, and is quite coherent. The problem is… Well, if this had been made by The Asylum, it would have been eviscerated as a cheap, tawdry, almost unwatchable knock-off – and quite rightly so. But somehow, being made overseas seems to have got it a pass for poor quality. At the time of writing on Letterboxd, only three of the nineteen ratings are below three stars. 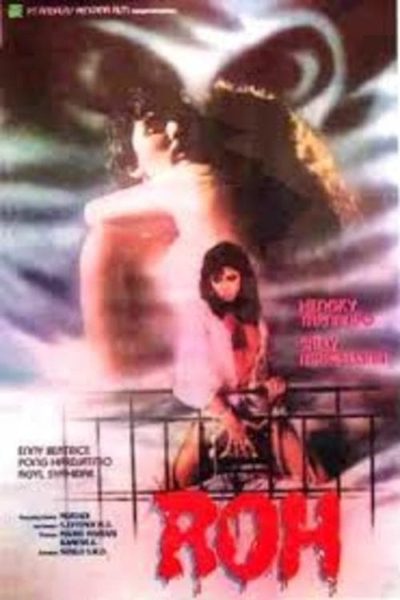 It does have some novelty value, but is only interesting for its differences. I’m not even going to bother summarising the plot, since I presume we’ve all seen Hellraiser. Just imagine it, retold on a budget of about sixpence, with the sex and violence considerably toned-down, and 25% fewer Cenobites. Unfortunately, it’s Pinhead who is entirely missing; though seeing the rest of the effects work, the decision not even to bother probably counts as a wise decision. Instead, we get the other three, of varying quality as counterfeit versions of the originals. The female demon isn’t bad, but one of the others looks disturbingly like Tor Johnson in his Ed Wood days, stumbling around and groaning loudly.

The rest of the effects are, at best, charmingly naive. The resurrection of “Frank” – or Lukito (Tornando) as he’s know here – is largely accomplished through stop-motion animation. So if you can imagine Hellraiser directed by Nick Park, you’ll be in the right area. Less fun is post-resurrection Frank, who appears to have a large quantity of porridge glued onto his face. There’s more or less no progression, despite the provision of victims by Astria (Beatrice), his “Julia”. The final confrontation between them and the Cenobites is particularly feeble in comparison to the original, especially Astria melting into what can only be described as a puddle of custard with two ping-pong ball eyes sitting in it.

It is clear that the Indonesian film industry has come a long way since, even in purely the horror genre. Films like The Queen of Black Magic can now easily stand alongside Western product, but this is such a primitive and pointless exercise, you wonder why they bothered. You don’t get any real sense of local flavour, a key component in why I like watching foreign horror. Here, the Lament Configuration puzzle box is replaced by some kind of occult pumpkin, and that’s about it. Obviously, given the Muslim society, the sexual content is toned down to the level of mid-strength necking, leaving it well short of the sleazy combination of exploitation elements Barker delivered. While it’s marginally interesting to see a case where the remake train headed West to East, it’s a poor effort across the board.