I guess technically this one is “When Chinese plants attack”, rather than our traditional animals, since it’s the flora which are the threat here. Still, good enough for our purposes. While this was originally made for Chinese streaming platform iQiyi, it’s one of the few of its ilk to have received distribution in the West, outside of being lobbed up onto YouTube: ITN picked it up, and produced a decent enough dub. I can understand why, as from a visual standpoint, it’s easily among the more impressive of its kind, with a degree of scope and scale that you don’t see often, and a particularly impressive urban environment. Just a shame the script is total pants. 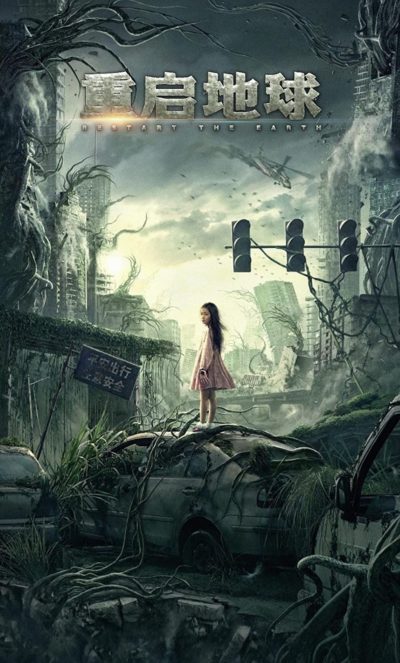 Imagine a disaster porn version of The Happening, in which plants have decided to fight back against humanity. Most of humanity has been wiped out, and the cities reduced to forested wastelands. Among the few survivors are Yang Hao (He) and his daughter Yuan Yuan (Zhang), who are eking out a tenuous existence in a forest – yeah, doesn’t exactly seem the safest place, in a world where plant-life is out to kill you. I refer you to my previous pants-related commentary. Enter a squad of soldiers, including Li Mo (Mi) and Ye Yan (Ye), who are on their way, as part of a global mission, basically to inject herbicide into the roots of the plant system. Quite why that led them to save Yang is unclear (pants…). Good job it did though, as he ends up being essential to their job, so both he and his daughter are brought along.

If you’ve seen any movie along these lines before, you’ll know what to expect. Unfortunately, it doesn’t appear the makers have, and they trot out elements so clichéd, they are more amusing than anything else. In particular, it appears the characters don’t appear to know the rules of survival. Show someone a picture of your family? You’re dead. Give a colleague your lucky charm? Dead. Mission on the edge of failure before a rousing pep-talk? Check. Wobbly bridge (top) over a great height? Check.

On the other hand, it looks good, often remarkably so. The director also gave us Snake 3: Dinosaur vs. Python, and while that was visually solid (and had a better plot), the ante has been upped here. I think they used the CGI template from those reptiles, for a good number of the attack roots, which makes sense given their similar sinuousity. However, it’s really the cityscapes that are the stars here: it’s a lot harder to pull this off than when your characters are running around in a forest. I thing Lin does so, perhaps better than similar Hollywood films like I am Legend. Even when you’re rolling your eyes at some of the dialogue, you should still find enough in the visual spectacle, to make for a more than adequately entertaining time.